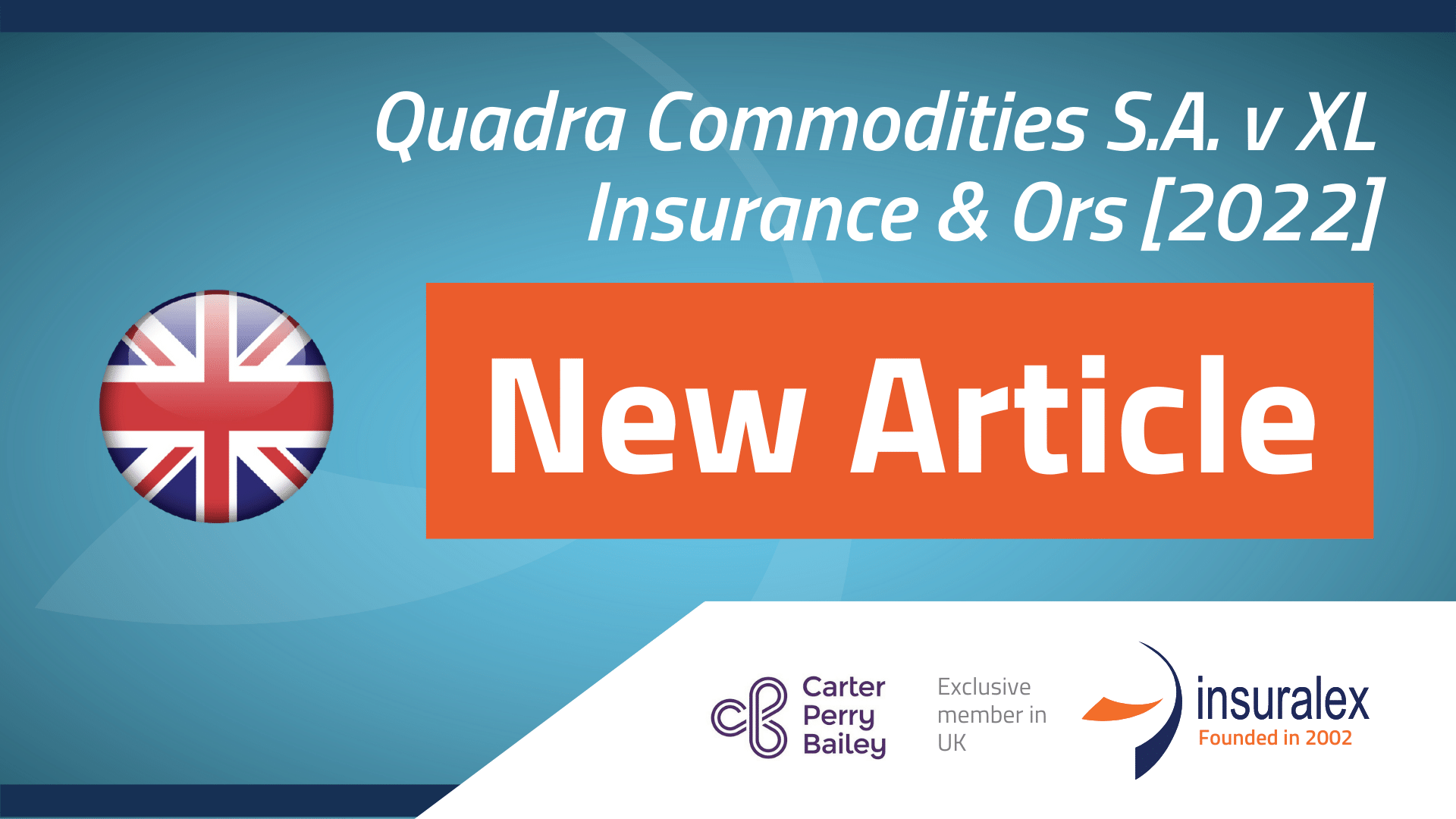 On 4 March 2022, the High Court handed down judgment in the case of Quadra Commodities S.A. v XL Insurance & Ors [2022] EWHC 431 (Comm).  The judgment provides useful guidance as to what constitutes an insurable interest in goods.  This is also the first reported case that considers section 13A of the Insurance Act 2015 and insurers’ liability to pay damages for failure to indemnify the insured within a reasonable time.

The insured, Quadra Commodities, entered into various contracts with Agroinvestgroup for the purchase of grain.  It paid for the grain against the presentation by the sellers of issued warehouse receipts confirming that the relevant quantities of grain were held in common bulk in stipulated Ukrainian warehouses.  However, it transpired that many of the warehouse receipts were fraudulent and the same grain had been sold to multiple buyers many times over.  There was therefore not enough grain to go around and the fraud unravelled when the buyers sought delivery.

The insured sought an indemnity under its marine cargo open cover insurance policy (“the Policy”).  Following investigations by insurers, the claim was declined.  Proceedings were issued by the insured for losses estimated at $5.7m.  The insured alleged that it was entitled to recover on what it described as “the straightforward basis that goods for which it paid, and which had been physically present in the warehouses, have been lost to it”.  That loss was either because the goods had been misappropriated, and the claim fell within the misappropriation clause in the Policy, or because there was a loss of goods by reason of the insured’s acceptance of fraudulent warehouse receipts, and the claim was covered under the fraudulent documents clause.  The insured also sought damages pursuant to section 13A of the Insurance Act 2015 because of insurers’ failure to pay insurance sums due under the Policy “within a reasonable time”.

Insurers argued that there was no loss of physical property, and that the insured’s loss was a purely financial loss, which was not insured under the Policy.  Further, insofar as any property was lost, it was not property in which the insured could show that it had any insurable interest.

The insured’s case was that it there had been goods, in which it had an insurable interest, that were lost.  To support its position, the insured relied on (i) contemporaneously issued documents, including receipts and grain analysis cards/quality reports; (ii) inspection reports issued by independent inspectors purporting to verify the existence of the goods; and (iii) the insured’s receipt of some of the goods from the warehouses during the relevant period.

The Judge found on the balance of probabilities that the insured had succeeded in showing that goods corresponding in quantity and description to the relevant cargo were physically present at the time the warehouse receipts were issued.

Did the insured have an insurable interest in the goods?

(1)  Payment under the contract – The insurers had admitted the existence of the purchase contracts and there was no doubt about the payments made under them.  The Judge found that the payment for goods was a valid ground for establishing an insurable interest irrespective of whether there were competing interests in the grain.  By virtue of the payment, the insured stood in a “legal or equitable relation” to the property, which the Court recognised is a broad concept.

(2)  Right to immediate possession – Each side adduced expert evidence in relation to Ukrainian law.  The Judge found the evidence of the insured’s expert more compelling.  The basic point he made was that under Ukrainian law, transactions are presumed to be valid unless their invalidity is expressly established by law.  Non-adherence to formal requirements is not generally a ground for invalidity.  Accordingly, the Judge also found that the insured had an immediate right to possession of the goods under the warehouse receipts.

(3)  Title under section 16 of the SGA –  Under section 16, where there is a contract for the sale of unascertained goods, no property in the goods is transferred to the buyer unless and until the goods are ascertained.  There is an exception under section 20A if the goods form part of a bulk that is identified in the sale and purchase contract or a subsequent agreement between the parties;, and the buyer has paid some or all of the price, then property in a share of the undivided bulk can be transferred to the buyer.  Per section 61 of the SGA, the term “bulk” means a mass or collection of goods of the same kind which is contained in a defined space or area; and is such that any goods in the bulk are interchangeable with any other goods therein of the same number or quantity.

Insurers argued that the insured had no title to the goods on two bases:  (1) the bulk of which the cargo formed part was not identified in any relevant contract or subsequent agreement; and (2) on a true construction of the purchase contracts, title to certain cargo was only intended to pass to the insured on delivery at sea ports and not at the warehouses.

The Judge agreed with insurers in both respects.  The warehouse receipts identified that a specific quantity of particular goods was stored at a specific address.  However, they failed to identify the part

Having determined that the insured had an insurable interest in the goods, the Judge then considered whether those goods were lost by reason of an insured peril.  The Judge held that the loss was not covered under the fraudulent documents clause.  The physical loss of the goods was not caused by the insured’s acceptance of fraudulent warehouse receipts.  If there were no relevant goods before the insured received the warehouse receipts, then the goods were not lost by acceptance of those receipts.  Equally, if there were relevant goods, then the acceptance of the receipts cannot be said to have caused their physical loss.  The Judge did, however, find that the insured’s loss was caused by misappropriation within the meaning of the misappropriation clause in the Policy.  This gave rise to an actual total loss in respect of the relevant cargo.

Were insurers liable for damages for late payment?

Section 13A of the Insurance Act 2015 was inserted by the Enterprise Act 2016 and it applies to insurance contracts that were entered into after 4 May 2017, such as in the present case.  Section 13A provides that:

(1)  It is an implied term of every contract of insurance that if the insured makes a claim under the contract, the insurer must pay any sums due in respect of the claim within a reasonable time.

(3)  What is reasonable will depend on all the relevant circumstances, but the following are examples of things which may need to be taken into account –

(a) The type of insurance,

(b) The size and complexity of the claim,

(c) Compliance with any relevant statutory or regulatory rules or guidance,

(d) Factors outside the insurer’s control.

(4)  If the insurer shows that there were reasonable grounds for disputing the claim (whether as to the amount of any sum payable, or as to whether anything at all is payable) –

(a) the insurer does not breach the term implied by subsection (1) merely by failing to pay the claim (or the affected part of it) while the dispute is continuing, but

(b) the conduct of the insurer in handling the claim may be a relevant factor in deciding whether that term was breached and, if so, when.

A Notice of Loss was sent to insurers on 14 February 2019.  The insured issued a claim form on 20 May 2020.  The insured contended that insurers did not pay the sums due to it under the Policy within a reasonable time.  The insurers denied this.  They also contended there were, for the purposes of s. 13A(4), reasonable grounds entitling them to dispute the claim.  The Judge therefore had to consider both issues.

Having regard to the non-exhaustive list of factors referred to in section 13A(3) (as set out above), the Judge recorded that:

(1)  This was a property claim which usually take less time to value than, for example, business interruption claims.  On the other hand, the cover applied to transport and storage operations of different types and involving many different countries and locations, and claims under such a cover could involve various factual patterns and differing difficulties of investigation.

(2)  The size of the claim was substantial, but not exceptional in the context of marine cargo insurance.  As for complexity, its location, the origins of the claim in the Agroinvestgroup fraud, the uncertainty as to what had happened at the warehouses, the destruction of documents, and the existence of legal proceedings and recovery efforts in Ukraine were significant complicating factors.

(3)  It was not suggested that any statutory or regulatory rules or guidance were relevant.

(4)  There were a number of factors outside the insurers’ control (location, unavailability of evidence etc) that meant that this was a claim which would take some time to investigate.

Subject to the Judge’s consideration of whether there were reasonable grounds for disputing the claim, given the nature and complicating circumstances of this claim, the Judge found that a reasonable time for insurers properly to have investigated and evaluated the claim and to have paid it was not more than about a year from the Notice of Loss.

However, the Judge also held that there were reasonable grounds for disputing the claim, and thus section 13A(4) was applicable.  The fact that the Judge ultimately found that those grounds were wrong does not indicate that they were not reasonable.  In considering 13A(4)(b) and the conduct of the insurers in handling their investigations, the Judge found that insurers did not conduct investigations that were unnecessary on a proper construction and application of the Policy.

As to the insured’s contention that the way in which insurers had conducted their investigations was too slow, the Judge considered that there was some force in this, but it did not amount to a breach of the section 13A implied term.  Those investigations occurred within what the Judge considered to have been a reasonable time for payment of the claim; and there were throughout reasonable grounds for disputing the claim.

The case provides useful guidance on a number of issues concerning insurance over commodities, such as what constitutes an insurable interest and clarification as to the precision by which a commingled bulk must be identified to enable a buyer to take title to a quantity of unascertained goods within that bulk.

However, of particular interest for insurers and policyholders alike is the guidance provided in relation to the factors that might be taken into account when considering what is a reasonable time for insurers to consider and pay a claim.  Each case will be determined on its own facts.  However, policyholders are likely to welcome the Judge’s finding in the present case that a reasonable time for insurers to have investigated and evaluated the claim and to have paid it was not more than about a year.  Equally, insurers will, no doubt, take comfort in the Judge’s finding that the insurers had reasonable grounds for disputing this claim notwithstanding the fact that those grounds were ultimately unsuccessful. 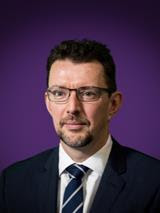 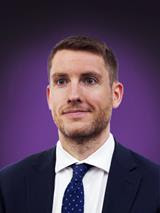