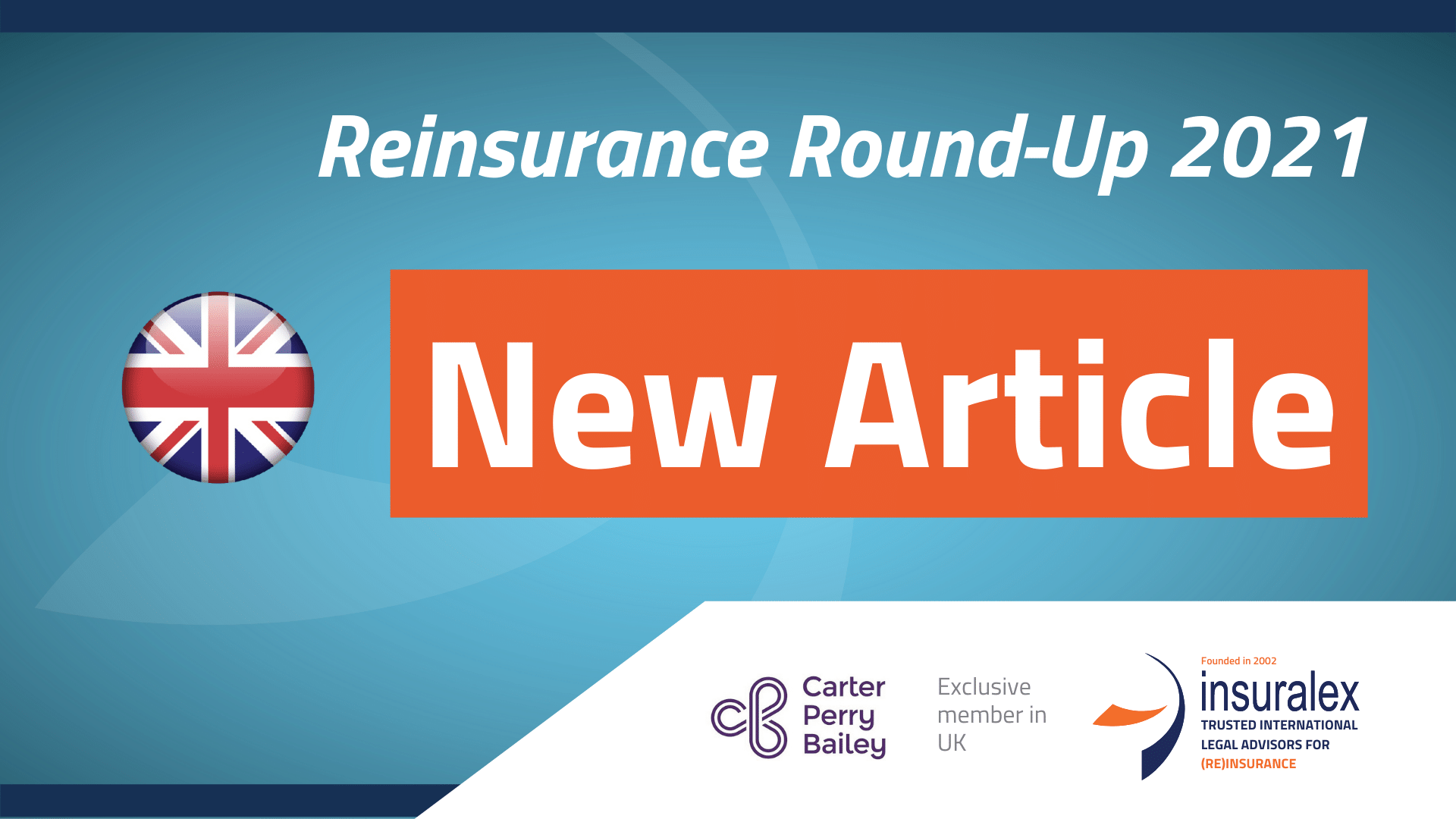 The all-pervading topic of conversation, worldwide, over the last year has been Covid-19. Much has been written about insurance coverage and there has been litigation in many countries. The FCA Test Case in London has received widespread international media coverage. Following on from that, the extent to which losses can be aggregated at the reinsurance level has also been the subject of much discussion and legal advice, but (as yet) no Court decisions. We will not add to the volume of writings on the Test Case (you can find our analysis here), but we do include three less high profile, but nonetheless important, Covid-19 decisions.

The major political change in the UK was the final exit from the European Union, and with it, the single market in insurance. This has resulted in much reorganisation of insurers/reinsurers, including by way of FSMA 2000 Part VII transfers of business, and of intermediaries, to facilitate compliance with the new regulatory requirements. The transitional UK Regulations, the “Temporary Permissions Regime”, will apply to formerly-passported entities for a maximum of three years from 30 January 2021.

Rather than focusing on these highly publicised developments, this Round-Up will look at some of the other cases of interest to reinsurers over the last year, some of which perhaps have not received the prominence that they otherwise would have.

The Court of Appeal considered the breadth of the Court’s discretion to refuse to sanction a transfer pursuant to the Financial Services and Markets Act 2000 Part VII s.111(3). The Court has a duty to scrutinise relevant evidence in order to determine whether the proposed scheme would have any material adverse effect on policyholders, employees or other stakeholders. It set out guidelines for considerations that are material when assessing this.

Proposed changes to guidance on the FCA’s approach to the review of Part VII insurance business transfers: Both PRA and the FCA published consultation papers with proposed amendments to their respective guidance notes in July 2021.

The Court of Appeal dismissed Zurich’s submissions that the causation test for inducement was met by establishing that the premium would have been higher but for the non-disclosure. Disclosure of the facts in question would have caused the risk to be referred to a senior underwriter, so the rating error made by a junior underwriter would not have occurred. However, the Court of Appeal in finding for the insured, held that in establishing inducement, it was not enough to show that different terms would have applied “but for” the non-disclosure. The non-disclosure must have been an “efficient cause” of the difference in terms.

The Court found that insurers could avoid under the Insurance Act 2015, as, on the facts, the insured’s misrepresentation had been material. The insurer would not have provided cover on other terms had previous claims history been disclosed to it. Please find our full article on the judgment here.

Upon renewal of a multi-risk policy, the insured had not disclosed that some directors had also been appointed for other companies that had been subject to insolvency procedures. In view of the wording of the proposal form, which asked if any “owner, director, business partner or family member” involved with the business had been the subject of insolvency procedures, this did not amount to non-disclosure of material facts. Please find our full article on the judgment here.

On the facts, a director being subject to criminal charges in Malaysia at the time of renewal was material, even though he had not actually been dishonest, so it should have been disclosed pursuant to section 3(1) of the Insurance Act 2015. An internal Axa practice note showed that had the charges been disclosed, the branch would have had no authority to write the risk.

ABN made a claim on a marine cargo and storage insurance policy led by RSA. The policy contained an unusual “Transaction Premium Clause” (“TPC”), which was held to provide cover for trade credit risks, irrespective of whether there was physical loss. The Court confirmed the primacy of clear policy language, which was not displaced by the factual matrix. The parties’ individual intentions were not relevant, and there was no mutual understanding that would support a collateral contract or rectification, or that would found an estoppel.

The Court of Appeal, reversing the High Court, also found that the non-avoidance clause, which prevented rejection of claims for non-fraudulent misrepresentation, could not be circumvented by an estoppel argument founded on the same facts.

A fuller review of the Judgment can be found here.

The Court found that although the Defendants carried out some functions akin to those of a broker, a special broker-client relationship did not exist. Revisiting the principles set out in Equitas Limited v Walsham Bros & Co Limited [2013] EWHC 3264, the Court also held that the special conditions required to establish a continuing duty were not present and, even if they had been, would have come to an end when all files had been returned to the Claimant. CPB successfully represented the nine Defendants.

Considering aggregation under a solicitors’ professional indemnity insurance policy, the Court of Appeal held that the unlawful appropriation of client funds by a partner on numerous occasions over a 5 year period, did not constitute one claim.

The clinical negligence policy provided for aggregation of claims “consequent upon or attributable to one source or original cause”. One individual surgeon operated under two separate mis-appreciations, each resulting in negligent acts or omissions leading to multiple claims. The surgeon’s motivation for carrying out one type of negligent procedure was unrelated to the motivation for carrying out the other. Hence, the claims could not all be aggregated. Each mis-appreciation was a separate original cause, resulting in two separate aggregated claims.

A landmark Supreme Court judgment concerning the scope of professionals’ duties as previously set out in South Australia Asset Management Corp v York Montague Ltd [1997] AC 191 (“SAAMCO”). The Court removed the SAAMCO distinction between “advice” and “information” cases, and in its leading judgment set out six questions, which should be asked in order to assess liability in professional negligence claims. Please find our full article on the judgment here.

A door steward employed by the insured security company had applied a neck hold to a guest, which had caused him to suffocate. The public liability insurance contract excluded injuries caused by deliberate acts. This exclusion was to be interpreted to mean intent to cause injury, but it was not necessary for there to be intent to cause the specific injury that occurred.

A Public Liability Insurance policy required the insured to give written notice of any circumstances that might give rise to a claim being made against him “as soon as reasonably practicable”.

Notwithstanding this, the insured delayed its notification for 11 months (albeit in the genuine belief that a claim would not materialise). Condition 1 of the policy stated that anything to be done or complied with by the defendant was “a condition to any liability”, which the Court was satisfied constituted notification as a condition precedent.

Clause 1.1 of the policy covered “physical loss of or damage to aircraft”. Clause 1.3 set out how “cost of repairs” was to be calculated and did not mention residual loss of value of the repaired aircraft. The Court found that 1.3 was exhaustive, so residual loss of value was not covered by 1.1. It observed, obiter, that had loss of value been relevant, it would have been calculated by reference to the Agreed Value provision of the policy and that whether the insured intended to sell would not have been relevant.

On a separate issue relating to the deductible wording, the Court observed that “When two alternative interpretations of a contract have results that seem strange or surprising, but neither makes the contract unworkable or utterly absurd, the Courts will not depart from a literal reading of the contract in order to accommodate its own ideas of what would make more commercial sense or would be less odd”.

A BI policy defined “Infectious Disease” by way of reference to a list of explicitly covered diseases which the Court held was exhaustive, and not merely indicative of the kind of diseases that were included. The insured also argued that the word “Plague” in that list was to be interpreted as a general term for an infectious disease with a high mortality rate. However, the Court found that it was natural to read the word “Plague” in its context (which was alongside Cholera, Smallpox and Typhus), as meaning specifically and only its bubonic, pneumonic or septicaemia forms.

An arbitration award in relation to BI insurance following Covid-19 disruptions. The parties agreed to arbitration by Lord Mance, the Former Deputy President of the Supreme Court, on the basis that the award would be published. Although not binding on the Courts, it will be persuasive. Lord Mance construed the phrase “competent local authority” for the purposes of deciding whether Denial of Access cover applied. In the context of the applicable policy wording (which was different from that considered in the FCA Test case), he found that the UK central government was not a “competent local authority”. The relevant BI losses claimed were therefore not covered.

The wording of both the property and BI sections of a commercial policy required “accidental loss or destruction of or damage to Property Insured”, to trigger cover. Inherent vice and gradual deterioration were excluded. The Court held that, although there was a business interruption, the loss of stock by deterioration due to natural decay was not covered by either section, both because there was no accidental loss or damage to property and because the inherent vice/gradual deterioration exclusion applied.

The principle that a fraction of a day does not count towards limitation when the cause of action accrued during the day did not apply in a case where the loss had been caused by the Defendant’s failure to take action before a contractual “midnight deadline”. In those circumstances, the day commencing at midnight was to be included in the calculation of the six-year period.

New Practice Direction 57AC came into force on 6 April 2021, setting out new directions and Statement of Best Practice for Witness Statements in the Business and Property Courts. One of the key objectives is to streamline witness statements. Please find our full article on the subject here.

The Claimant had not refused mediation per se, and had been justified in considering it unlikely to assist in resolving the matter, in circumstances where the Defendant’s previous offers had been far below the value of the claim. Therefore, costs consequences were not imposed.

Pursuant to s.68 of the Arbitration Act, there had been serious irregularity when an arbitral tribunal departed from the presentation of the case as submitted by the parties. The Tribunal relied on issues on which the Defendant had not been given the opportunity to put its case and had thereby been prejudiced. The Court submitted the matters back to the Tribunal for reconsideration.

If you have any questions regarding any of the issues referred to in this Round-Up, please get in touch with us. 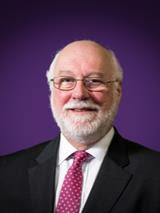 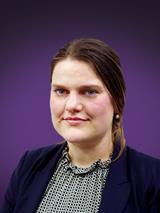