Bankers in a jam: The Quincecare duty considered 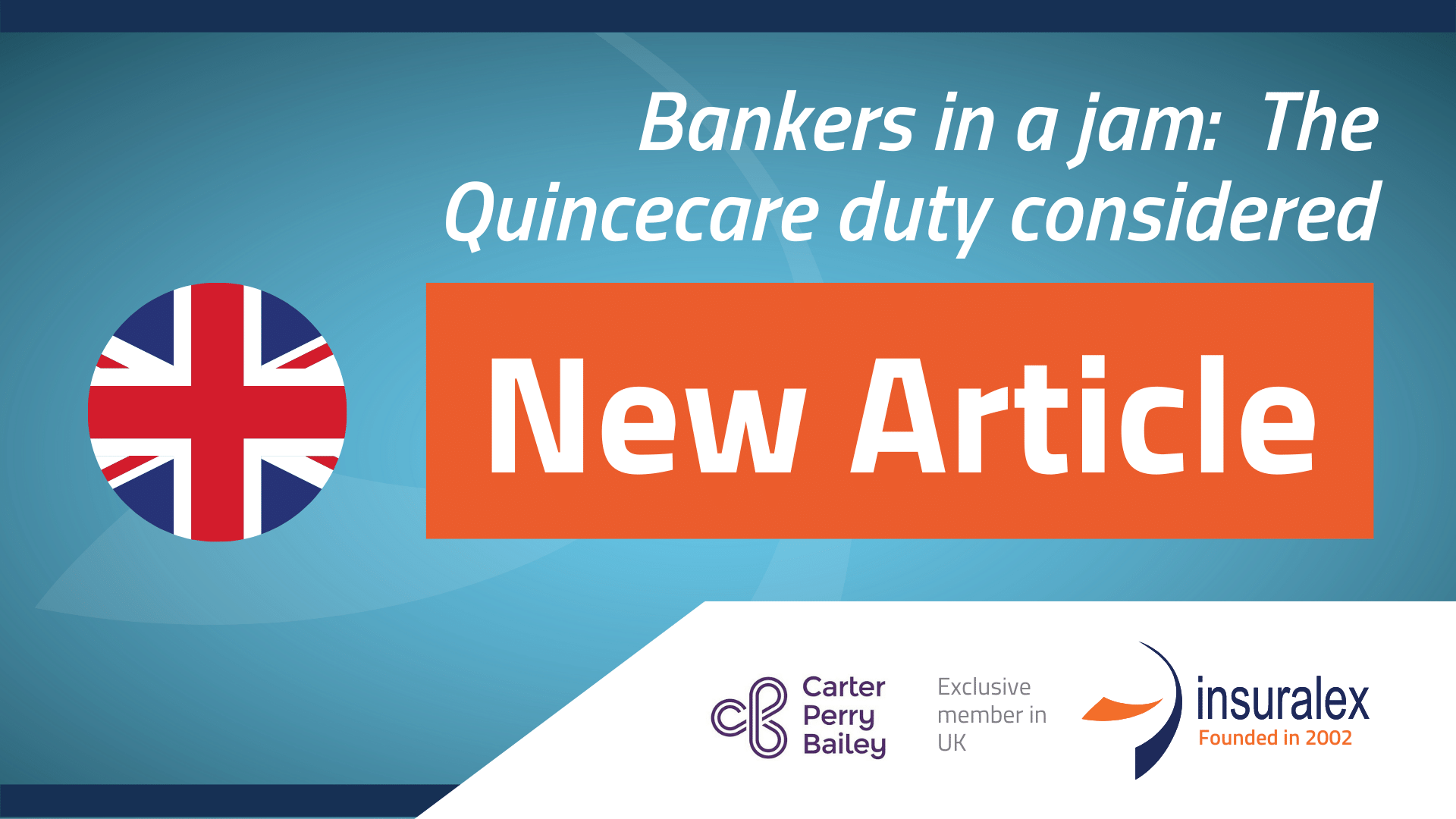 During the first half of 2022, two cases have considered the application of Quincecare duties. The Court of Appeal handed down its judgment in Philipp v Barclays Bank UK plc [2022] on 14 March 2022. With that judgment fresh off the press, Mrs Justice Cockerill considered the issue further in the Commercial Court judgment of Federal Republic of Nigeria v JP Morgan Chase Bank NA [2022] EWHC 1447 (Comm) handed down a month later on 14 June 2022.

The Quincecare duty derives from the decision in Barclays Bank v Quincecare [1992] 4 All ER 363, requiring a banker to act with reasonable skill and care when executing instructions. The duty is triggered when a banker is ‘put on inquiry’, in the sense that he has reasonable grounds for believing that the order to execute a transaction is an attempt to misappropriate funds. In such instance, the banker must refrain from executing the order for payment and make relevant enquiries before deciding whether or not to process the payment.

The Quincecare duty runs alongside, and is in conflict with, a co-existing duty vesting upon bankers to promptly execute customers’ payment instructions. As such, the Courts have imposed the duty only narrowly, recognising the commercial backdrop against which banks operate.

The Law Commission does not anticipate natural language contracts with some coded terms giving rise to significant difficulties.  Since it is unlikely commercial entities will rely on solely coded contracts in the near future, issues are most likely to arise in the context of hybrid contracts.

The traditional test applied by the Courts when interpreting contracts is to ask what the term would mean to a reasonable person, equipped with all the background knowledge available to the parties at the time the contract was made.  As code is not written with the intention of being read by humans, but is aimed at computers, the traditional test is unlikely to be appropriate in its current form.

Unsurprisingly, the majority of consultees preferred the second test.  Asking what the code means to a functioning computer would, in many cases, simply require an observation as to how it performs when run.  While a code may by its nature not be ambiguous (to a computer, at least), situations may occur where the performance differs from that which the parties envisioned or intended.

The next question is how the judge, who is unlikely to be versed in coding, is to determine what the code would mean to a reasonable coder.

In a commercial context, the likelihood is that terms will be drafted by relevant personnel within the business who will then instruct internal or external coders to translate this into code.  As such, for the foreseeable future, any coded terms are likely to be supported by documentation written in natural language and therefore their genesis should be easily explained.  It remains to be seen to what extent such documents will be considered material evidence by the Courts when called upon to determine disputes.  Traditionally, the Courts would place little, if any, weight on pre-contractual correspondence when seeking to establish the joint intention of the parties, as recorded following negotiations.  The purpose of negotiations is to reach a compromise, which is recorded in the final contract.  This may not always be the case in the context of Smart Contracts, where an agreement could be reached via email on a term to be coded only for that term to be incorrectly coded leading to an unintended result.

The Court is accustomed to dealing with contracts drafted in foreign languages, and a simple solution could be to rely on a translation of the coded terms into natural wording.  However, a simple translation might not accurately explain how a coder would arrange instructions in order to elicit a specific outcome.  This conundrum is exemplified by way of the instruction:

“Go to the shop and buy a newspaper.  If there are any eggs, get a dozen.”

Most people would apply a pragmatic interpretation to this instruction. To a computer, this could amount to an instruction to buy 12 newspapers.

To understand what the code means to a computer, the Court would need to rely on an expert to provide an opinion as to how a computer would execute a coded instruction.  This then gives rise to the concern that the interpretation of (some) contractual terms are shifted from the judge to the expert.

While this development is not desirable, it is not altogether novel.  When interpreting contracts worded in foreign languages, the Court will rely on expert evidence as to the local interpretation of standard wordings.  Even when a translator has provided a genuine, direct translation of a foreign text, they will have performed some level of interpretation.

These two cases provide useful guidance on a number of issues concerning the Quincecare duty, without resolving whether, and if so how far, the duty may extend beyond that which currently prevails.

Following Philipp, it is clear that the key question is not who gives the instruction to the bank to execute a payment, but rather whether the circumstances of the instruction ought to raise the concerns that funds are being misappropriated. This will be welcomed by consumers who are increasingly vulnerable to ever-more sophisticated schemes of fraud. APP fraud is on the rise in the UK, with a staggering increase in the number of cases reported – up 71% in the first half of 2021 from the equivalent period in 2020. Any victim of such fraud will want to test the scope of the bank’s duties to prevent fraud in years to come.

It remains apparent from the Court of Appeal’s judgment in Philipp that these type of cases will be highly fact sensitive. As clarified in FRN, it will not suffice to point to generic factors that make the transaction unappealing; rather, a claimant must identify factors which, in light of its usual behaviour, made a specific transaction unusual and suspicious so as to give rise to the obligation upon the Bank to inquire.

The Philipp judgment leaves important questions as to the standard of care and causation unanswered. It is uncertain what steps a bank must take if suspicious payments are identified and, in many cases, it will be questionable what effect such steps would have upon the customer if those suspicions are raised with them. In Philipp, the defendant Bank argued that, as a matter of causation, the Philipps had been so duped by the fraudster that they would have gone ahead regardless of any intervention by the bank or the Police. Those issues will require to be resolved at trial – when, it is hoped, more guidance will be forthcoming as to the evolution (or not as the case may be!) of the Quincecare duty.

If you have any questions regarding the issues highlighted in this article, please get in touch with Simon or Lisbeth. You can also review a range of articles on similar insurance and reinsurance topics in the Publications section of our website.