Proposing for insurance – a question open to interpretation?

The High Court has, in its judgment in Ristorante Ltd t/a Bar Massimo v Zurich Insurance plc [2021] EWHC 2538, restated the principles relating to interpretation of questions in proposal forms, waiver and their impact on insurers’ entitlement to avoid. The decision is a reminder of the importance of clear drafting of questions in proposal forms and the dangers of not updating them in the light of Court decisions.

The insured carried on a restaurant business from a leasehold property.  In 2015, the insured took out a multi risk policy with Zurich, which it renewed in 2016 and 2017.  In 2018, following a fire at the property, the insured made a claim on the policy.  Zurich rejected the claim and purported to avoid the policy for non-disclosure of a material fact.

In 2015, and on each renewal, the insured, via brokers, completed an application on Zurich’s electronic automated underwriting system.

The proposal form required the insured to confirm that:-

”No owner, director, business partner or family member involved with the business:

(i)  has ever had a proposal or renewal for insurance declined or cancelled; a policy voided, withdrawn or suspended, or special terms imposed by any insurer.

(ii)  has ever been convicted of, or charged (but not yet tried) with any criminal offence, other than motoring offences or offences that are spent under the Rehabilitation of Offenders Act 1974.

(iii)  has ever been the subject of a winding-up order or company/individual voluntary arrangement with creditors, or been placed into administration, administrative receivership or liquidation (“the insolvency question”).

The insured confirmed that the statements were correct, but did not advise that three of its directors had been directors of other companies that had entered voluntary liquidation and been dissolved.

Zurich argued that this amounted to a material non-disclosure by the insured and avoided the policy.

The insured argued that it had answered the insolvency question correctly, as it had been concerned with the disclosure of insolvency events of individuals, and not any other company with whom the individuals had been connected.

Further, that in asking a question relating to insolvency, the insured argued that Zurich had waived its right to any further information about the insolvency of any connected companies.

The insured accepted that, subject to the interpretation of the insolvency question and waiver, the liquidation of other companies connected to the directors were material facts that normally ought to be disclosed.

Interpretation of the insolvency question

Mr Justice Snowden, upholding the insured’s arguments, reviewed the general principles of contractual interpretation, as they apply to insurance contracts, as set out in Wood v Capita Insurance Services [2017] UKSC 24.

The starting point is that the Court must find the objective meaning (not the subjective intention or understanding of the parties) of the contractual language that the parties have used, considering the contract as a whole.

If there is genuine doubt or ambiguity, then the Court is entitled to prefer the meaning that most accords with business common sense.

However, where there are ambiguous questions posed by insurers, and where there are two objectively reasonable constructions, this should be resolved contra proferentum in favour of an insured.

Having found in favour of the insured, the Court then considered whether Zurich had, by asking the insolvency question, waived its entitlement to be informed of the earlier corporate insolvencies, or whether the insured’s failure to disclose amounted to an unfair presentation.

The Court endorsed the following passage in MacGillivray on Insurance Law when considering waiver:

“It is more likely, however, that the questions asked [by insurers] “will limit the duty of disclosure, in that, if questions are asked on particular subjects and the answers given to them are warranted, it may be inferred that the insurer has waived his right to information, either on the same matters but outside the scope of the questions, or on matters kindred the subject-matter of the questions …  If an insurer asks whether individual proposers have ever been declared bankrupt, he waives disclosure of the insolvency of companies of which they have been directors.””

Adopting this approach the Court held that there had been a waiver, the insured had not made an unfair presentation, and Zurich was not entitled to avoid the policy.  The Court held:

Clearly insurers will want to know about moral hazards such as personal insolvencies and indeed those of companies where there are common directors (indeed, it was accepted that this was a material matter) and on that premise the decision may be seen as surprising.  It is certainly unhelpful for insurers generally.

The decision is a reminder that insurers should pay close attention both to the way they draft and present questions on proposal forms.

It would have been a straightforward exercise to amend the wording of the insolvency question and present it as a standalone question to ensure it covered insurers’ requirements.

Finally, insurers should take stock of and regularly review both their proposal forms and policy wordings to take account of any case-law developments.  The Court noted that by 2015, Zurich had had more than enough time following the Court’s decisions in Doheny and R & R Developments to review and amend the questions to ensure they received the required disclosure from applicants.

If you have any questions regarding the insurance-related issues highlighted in this article, please get in touch with Mark or Dean.

You can also review a range of articles on similar insurance and reinsurance topics in the Publications section of our website. 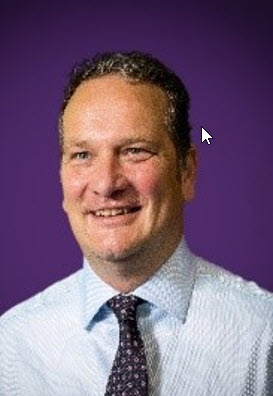