Notwithstanding the significant lockdown period during the second quarter of the year, as well as the continuing restrictions that have been imposed since then, the courts have continued to operate. As a result, there have been a number of decisions, which will be of interest to both the insurance and reinsurance markets, some of which we summarise below.

DEVELOPMENTS IN THE LAST YEAR

From the reinsurance perspective, perhaps the repeated references in Flaux LJ’s judgment to Covid19 being a “state of affairs” may be a pointer to how Covid-19 may be treated under event-based and cause-based aggregation clauses respectively. The word “event” is generally taken not to encompass a “state of affairs”, but the word “cause” can do so (see AXA Re v Field [1996] to which Flaux LJ also referred)..

The Court of Appeal upheld the Judge in applying the principle of reduction for betterment on the basis that the onus was on the Insurers to identify and justify particular reductions. 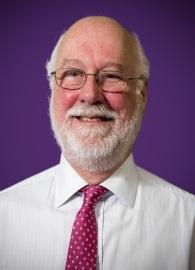