On 30 October 2019, the Supreme Court handed down its decision in Travelers Insurance Co Ltd v XYZ and set out helpful guidance as to circumstances in which liability insurers may be susceptible to non-party costs orders being made against them

This matter concerned a group action brought by 623 claimants against Transform Medical Group (CS) Ltd (Transform) for the supply of defective silicone breast implants. Although Transform was insured by Travelers, the insurance only covered claims brought by 197 of the 623 Claimants. Travelers had funded Transform’s defence of all the claims brought against it and did not disclose until a late stage in the litigation that a large number of claims were uninsured. The insured claims were settled and paid, following which the uninsured claimants obtained judgment against Transform, but were unable to recover any payment from Transform which had been declared insolvent during the litigation. The uninsured claimants obtained a non-party costs order against Travelers at first instance and which was upheld by the Court of Appeal. Both the High Court and Court of Appeal were influenced in making the order by a perceived asymmetry in costs risk between the uninsured Claimants and Travelers in that (on its case) Travelers would not be responsible for the Claimants’ costs (if the Claimants succeeded) but conversely would be entitled to recover costs from the Claimants (if it succeeded in the defence of the claims).

2. Decision of the Supreme Court

The Supreme Court allowed Travelers’ appeal holding that there are two bases on which a non-party costs order against liability insurers might be made (1) intermeddling and (2) becoming the ‘real defendant’.

The real defendant test is relevant in claims where the limit of indemnity is insufficient to cover the costs of the successful party, rather than cases involving uninsured claims as in this case. In such cases the principles set out in TGA Chapman Ltd v Christopher should be considered and in particular whether insurers had had conduct of the litigation; had decided to fight the claim and had done so to defend their own interests exclusively.

Lord Sumption went further (than the leading judgment) and stated that the nature of liability insurance claims dictates that Insurers could not regarded as the real defendant. He remarked that the solicitors appointed by insurers will also be the insured’s solicitors. As such the solicitors will owe the same professional duties to the insured and is entitled to look to the insured for their fees, notwithstanding that their instructions come from the insurer.

Where the claims were uninsured it is appropriate to consider the ‘intermeddling test’. This involves consideration of the contractual framework under which insurers were operating. Unless insurers have gone beyond their contractual obligations the intermeddling test will not have been met.

The Court rejected the arguments that Travelers’ conduct amounted to intermeddling:

Furthermore, the Court cautioned that even if intermeddling can be proved a claimant must establish causation; if the costs would have been incurred in any event, an order is unlikely.

The Supreme Court held that the reliance placed by the High Court and Court of Appeal on costs asymmetry was misplaced. The Court remarked that costs asymmetry was not uncommon in litigation (QOCS; legal aid by way of example) and the claimants were aware of that risk having made an unsuccessful application to obtain disclosure of the insurance cover.

Moreover, the costs asymmetry had not arisen by reason of Travelers’ conduct in respect of the uninsured claims; it arose from a combination of Transform’s insolvency and its limited insurance cover.

This decision will be welcomed by liability insurers who will be reassured by the clear statement that non-disclosure by insurers of policy limits will not justify a non-party costs order.

It has also clarified the two bases on which an Order may be made and the distinction between:

Finally, it is clear that the Supreme Court considers that insurers should be given some real discretion in their decision making in litigation which they were contractually entitled to control; Lord Sumption in particular commenting that cases where a costs order may be made against a liability insurer by reason of unjustified intermeddling are likely to be rare.

Insurers will welcome the decision as one based on sound principles and moving away from the public policy based decisions in the Courts below. 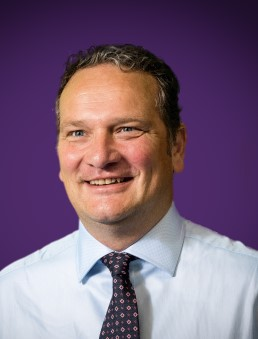