GREENVILLE, S.C. – During National Mediation Week, the Upstate Mediation Center celebrated its 15th anniversary of providing dispute resolution services to the Upstate of South Carolina. Those in attendance included volunteer mediators, members of the Greenville Bar, local judges, and other friends of the center. Volunteer mediators were recognized for their contributions to the success of the center, having mediated more than 500 cases just in the past year. The mission of the Upstate Mediation Center is to resolve conflicts and to nurture peace by restoring and strengthening family, business, and community relationships through mediation

S.C. Supreme Court Justice John Kittredge praised the Upstate Mediation Center for the “critically important service” rendered to the community and to the justice system. Judge Kittredge went on to tell the audience how the idea of mediation gained traction in the late 1990’s as a way to decrease the backlog of cases waiting for jury trials, and led to establishing the Upstate Mediation Center. Due to persistence of many individuals who saw the value of mediation as an alternative to the court system, “Greenville became the template for the statewide alternative dispute rules we operate under today.”

Judge Kittredge also underscored the positive impact of mediation in Greenville County by noting that Greenville civil court jury trials decreased from 173 jury trials in 1993 to 29 jury trials in 2013 despite the increase in both population and cases filed.

Richard Kahn, the Executive Director of the Upstate Mediation Center, spoke about the Center’s Magistrate Court program, where volunteer mediators have settled over 80% of the cases mediated during the last 3 years resulting in 340 cases being removed from the Magistrate Court jury trial docket.

Justice Kittredge offered that “there was no greater need for mediation than in the Family Court” where “the need for finality is more urgent, especially when children’s lives are in the balance.” The ability of a mediator to guide parents to creative solutions for visitation, co-parenting, and other issues that arise from parental disputes, has benefited thousands of families in the Upstate over the past 15 years. According to Mr. Kahn Family Court volunteer mediators are responsible for removing over 200 cases from the Greenville County Family Court trial docket.

Justice Kittredge concluded his remarks by saluting the Upstate Mediation Center for its “15 years of helping our fellow citizens in their hour of great need and family crisis, and the expeditious resolution of so many of our fellow citizen’s legal challenges.”

The Upstate Mediation Center is a non-profit organization established in 1999 to offer an affordable and voluntary means for resolving disputes through the use of mediation. The center relies on volunteer mediators and accepts a variety of cases, including referrals from local courts. The Upstate Mediation Center is supported by grants from individuals and foundations, including the SC Bar Foundation.

CONTACT:
Richard Kahn
Executive Director
Direct: (864) 370-9771
Rkahn@upstatemediation.com
The Upstate Community Mediation Center is a non-profit organization that offers a voluntary alternative to the adversarial Court process by resolving disputes through use of mediation. The Upstate Mediation Center aims to promote the use of mediation and other non-adversarial means of resolving conflicts and to nurture peace by restoring and strengthening family, business and community relationships. For more information about the center, see
www.upstatemediation.com. 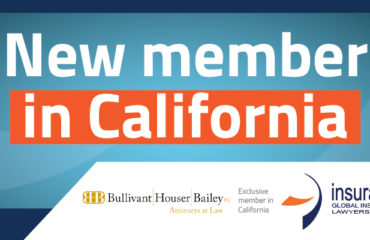