Nevada Gets on the “Buss,” Adopts Insurer Right of Reimbursement for Uncovered Defense Costs

The Nevada Supreme Court, in a 4-3 decision, has concluded a liability insurer is entitled to reimbursement of defense costs when there is no overage and the insurer reserved in writing its right to seek reimbursement. Nautilus Ins. Co. v. Access Medical, LLC, 137 Nev. Adv. No. 10 (3/11/2021) was a  case in which the policyholder had been sued for interference with prospective economic advantage. The insurer defended the underlying action with  written reservation of rights which included a reservation of the right to obtain reimbursement for defense fees.

The issue before the Nevada Supreme Court was whether, following a determination that there never was a duty to defend, the insurer could obtain reimbursement of the defense fees it had paid on behalf of the policyholder. The Nevada court concluded a party that performs a disputed obligation under protest, when there is no duty to perform, is entitled to reimbursement. The court thus adopted the result, but not all the reasoning, of the California courts, where reimbursement claims have been permitted for almost 24 years under Buss v. Superior Court, 16 Cal.4th 35 (1997).
In reaching that conclusion, the Nevada Supreme Court relied upon the equitable remedy of unjust enrichment under which a party receives a benefit under circumstances in which it would be inequitable to retain that benefit without payment of its value. The court explained:

When time is precious, it makes sense for the parties to decide quickly what to do, and to litigate later who must pay. Because an insurer risks unbounded liability if it loses the coverage dispute after refusing to defend a suit, it is generally “reasonable for the insurer to accede to the demand rather than to insist on an immediate test of the disputed obligation.” [citation om., cleaned up].

The court concluded that if there is a final determination that the insurer had no contractual duty to defend, the insurer may recover the defense costs paid as restitution, provided there is a clear written reservation of that right by the insurer. Finding the Buss approach from California represented the majority rule, the Nevada court concluded reimbursement is appropriate. 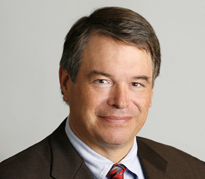