There is no “lawyer’s paradise”: Interpreting contracts of insurance 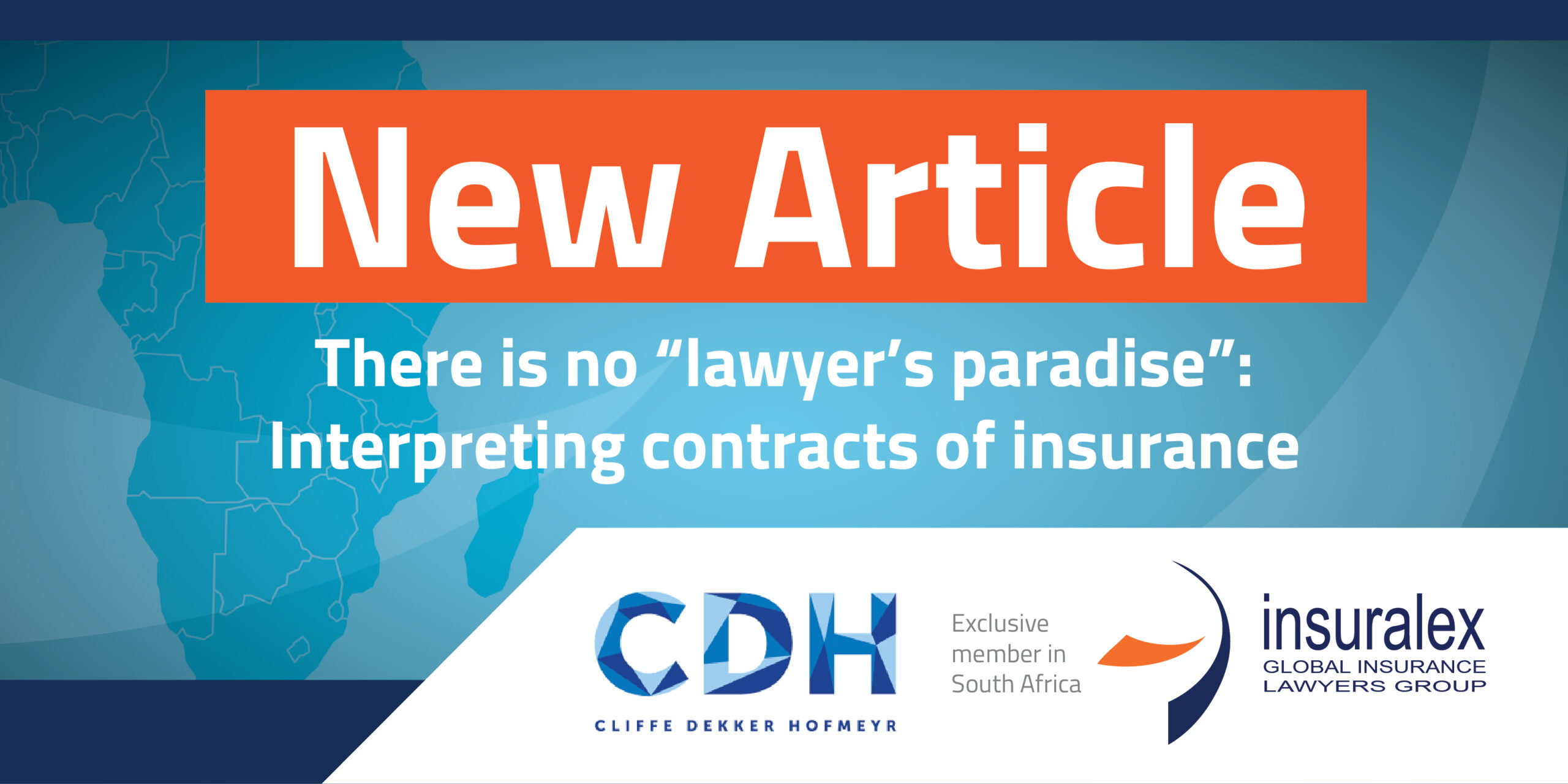 It is well known that insurance contracts need not be reduced to writing to be rendered enforceable, however, given that insurance is, by and large, a risk transferring enterprise it is commonplace to find the terms of the contract reduced to a written agreement (policy). This obviates the need for either party to prove the existence of the contract should a dispute arise, but more importantly, the policy provisions delineate the content and scope of the obligations of both parties to the insurance policy. As a result, the wording employed by the draftswoman will necessarily affect the risk exposure of either party.

One might assume, that couching the provisions of a policy in clear and precise terms, would sufficiently safeguard against the insurer providing cover for a risk it did not price for – or on the other hand, the insured erroneously assuming that a particular event fell within the ambit of events insured against. Unfortunately, this is not the case. The language of a construable provision cannot on its own produce an objectively clear and unambiguous meaning, rather, the interpreter is saddled with the responsibility, as it were, of attributing or imputing a meaning. Put differently, what is clear and unambiguous to the interpreter of a provision is not the language or meaning per se, but rather, the interpreter’s subjective understanding of what the impugned provision purports to stipulate in a given context.

The inherent indeterminacy of language is neither a novel nor alien notion to our courts, as the Appellate Division in Commercial Union Assurance Co of SA v KwaZulu Finance & Investments Corporation, per Oliver JA remarked, “there is no ‘lawyer’s paradise’ in which words have a fixed and precisely ascertained meaning”. Additionally, one is more likely to find policies drenched in antiquated legalese which tend to be turgid in expression and often obscure. It is thus unsurprising that the interpretation of insurance policies remains the subject of countless commercial disputes.

Ascertaining what the provisions of an insurance policy mean – and by implication the content and scope of the obligations flowing therefrom – is not a factual question, but rather, a question of law. Therefore, it is the courts who are saddled with the responsibility of attributing or imputing a meaning to the impugned provisions of the policy. In principle, an insurance policy is no different to any other written agreement, therefore, it must be construed in accordance with the ordinary rules of interpretation relating to contracts in general.

If one traversed the law reports for cases pertaining to the interpretation of contracts, one would conclude that the courts have abrogated the arid literalism of the past – in turn, favouring the contextual, purposive approach to interpretation. The Supreme Court of Appeal in Natal Joint Municipal Pension Fund v Endumeni Municipality, per Wallis JA, provided an erudite exposition of our law on this point, where it held that:

“Whatever the nature of the document, consideration must be given to the language used in light of the ordinary rules of grammar and syntax; the context in which the provision appears; the apparent purpose to which it is directed and the material known to those responsible for its production. Where more than one meaning is possible each possibility must be weighed in light of all these factors… A sensible meaning is to be preferred to one that leads to insensible or unbusinesslike results or undermines the apparent purpose of the document.”

The policy wording is the expressed embodiment of the parties’ contractual intent, therefore, the interpretive exercise must, as a starting point, owe some degree of fidelity to the language used in the impugned provisions. However, the language used is merely a point of departure, not a straitjacket – and must be construed in light of its context, the apparent purpose of the provision and the circumstances in which the policy came into being.

The courts have developed certain interpretive aides when construing insurance policies, given the risktransferring operation of particular provisions commonly found in policies throughout the insurance market. In this regard, the Appellate Division in Fedgen Insurance Limited v Leyds held that, provisions purporting to impose a limitation on an obligation to indemnify must be interpreted restrictively. The reason in this regard being, that it is the insurer who is duty-bound to make clear which risks it has chosen to exclude.

Should a real ambiguity still arise thereafter, the contra proferentum rule finds application. Given that most insurance policies come in standard form contracts, the impugned provisions will generally be interpreted against the insurer. That said, our courts have cautioned that, like other interpretive aides, the contra proferentum doctrine ought not be applied mechanically. Moreover, as our law reports bear witness, the courts are not entitled to construe policy provisions that purport to drive a hard bargain, in a manner more favourable than the wording of the policy permits.

To illustrate how the above principles play out, consider the Supreme Court of Appeal case of Centriq Insurance Company Limited v Oosthuizen and Another. The insured – a registered financial services provider and broker in terms of the Financial Advisory and Intermediary Services Act 37 of 2002 – advised Mrs. Oosthuizen (respondent) to invest R2 million in Sharemax Investment (Pty) Ltd (Sharemax) which in substance turned out to be nothing more than a Ponzi scheme.

With no prospect of recouping the capital sum from Sharemax, the respondent successfully sued the insured for the capital sum plus mora interest, less the R1,400 that accrued to her in the first week of the investment. Her claim in this regard was that the insured had acted negligently by (i) failing to act honestly and fairly in her interests when recommending the investment; (ii) failing to give her objective financial advice appropriate to her needs; and (iii) failing to exercise the required degree of skill, care and diligence expected of an authorized services provider.

The insured resolved to join the insurer, as a third party, pursuant to a professional liability policy issued in favour of all members belonging to the Financial Intermediaries Association – the insured being one such member. The purview of the insuring provisions were in respect of any legal liability “for breach of duty, in connection with the business, by reason of any negligent act, error or omission committed in the conduct of the business”.

The policy contained an exclusion clause, which provided that the insured would not be entitled to indemnification, for any loss arising out of any claim made against it:

(i) In respect of any third party claim arising from or contributed to by depreciation in value of any investments, including securities, commodities, currencies, options and futures transaction; or (ii) As a result of any actual representation, guarantee or warranty provided by the insured as to the performance of such investments.

The insurer averred that the insured’s liability to the respondent fell within the ambit of the exclusion clause, which in effect, precluded the insured from claiming indemnification under the policy

Regarding the first leg of the exclusion clause, the court considered the operative phrase “depreciation in value”. It remarked that, depreciation generally denoted a diminution of value over time, as opposed to an investment incapable of generating an appreciable value from the outset. According to the court, when sensibly construed, the language used referred to a reduction in value resulting from market forces, not the total loss suffered by the victim of a de facto Ponzi scheme.

The court held that, the operative phrase was ambiguous because depreciation could denote gradual loss as a result of market forces on the one hand, or total loss resulting from any cause on the other. Thus, it concluded that – having regard to the purpose of the policy, which was to indemnify members against legal liability – the provision ought to be construed contra proferentum to achieve a commercially sensible result.

Regarding the second leg, the court felt that the advice proffered by the insured fell beyond the purview of the kind envisaged by the exclusion clause. It held that the insured’s representations pertained to the safety of the respondent’s investment as opposed to its performance as stipulated in the clause. The court made clear that, if the insurer sought to exclude representations pertaining to the safety of the investment, it ought to have “done so with much clearer language”. As a result, the court found against the insurer.

Although there is still no ‘lawyer’s paradise’ where words have a fixed and precisely ascertained meaning, insurers should take heed of the court’s warning and make clear which risks they wish to exclude, as best they can, to evade the application of the contra proferentum doctrine. 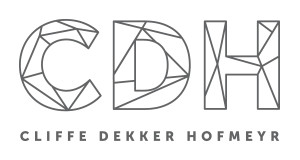