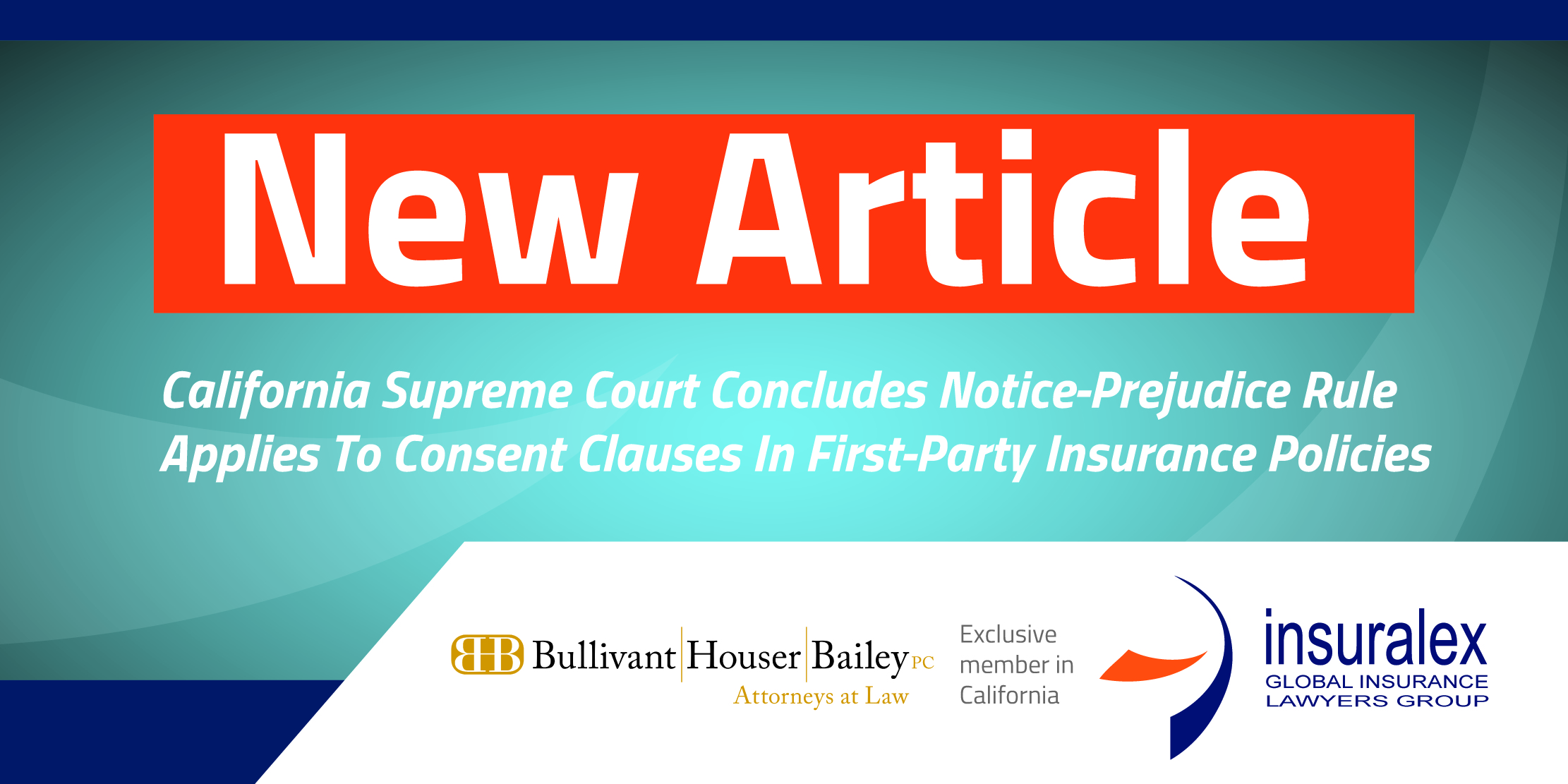 Insuralex´s exclusive member in California writes about the notice-prejudice rule.

When it comes to insurance coverage, one cue to the court’s feelings about an issue is whether it views that issue as a “technicality.” When that happens, good things rarely result. Another cue is when the case turns on an esoteric legal issue of greater interest to academics than people living their daily lives. Pitzer College v. Indian Harbor Ins. Co.(August 29, 2019) combines both of those situations. The result was not good for the insurance industry.

Pitzer College is one of the Claremont Colleges in Southern California. Claremont bought a policy providing coverage for pollution remediation expenses. During the construction of a new dormitory, Pitzer discovered lead contamination on its property. It promptly began remediation activities. It didn’t notify its insurer until some months later after remediation was complete. The insurer denied the claim based on late notice and breach of the policy’s consent to incur expenses clause. The policy had a choice of law clause making New York law applicable to its interpretation and enforcement.

The California Supreme Court was asked to determine (a)Whether California’s notice-prejudice rule, under which an insurer denying on the basis of late notice must prove it was prejudiced, was a fundamental public policy which should be applied notwithstanding a contractual choice of law clause in favor of New York; and (b)whether that notice-prejudice rule should be applied to consent to incur expenses requirements in first-party policies.
Choice of law is a subject which can make both lawyers’ and judges’ brains hurt, but that’s reflective of the fact that the differences in state law can be outcome determinative. California, like most jurisdictions, will enforce contractual choice of law clauses, like the one in the policy here, provided it isn’t (in layman’s terms) really important that California law applies. In this case, if New York law applied, the insurer would win, while if California law applied, the policyholder might win. Under California’s choice of law jurisprudence, a contractual choice of law provision, like the one favoring New York here, won’t be enforced if the result would conflict with California’s fundamental public policy and if California had a materially greater interest in the determination of the issue than New York.
The notice-prejudice rule requires the insurer to prove the policyholder’s late notice of a claim has “substantially prejudiced” the insurer. Here, the California Supreme Court concluded the notice-prejudice rule was a fundamental public policy of California. Because the case reached the Supreme Court on certification from the federal Ninth Circuit Court of Appeals (a way for the federal courts to solicit the state court’s opinion on a question of state law), the Supreme Court wasn’t able to determine whether California had a materially greater interest in determining these issues than New York did.
In the long run, the second issue addressed by the court may be more important. The policy required notice and, in non-emergency situations, consent to the expenditure of funds by the policyholder. Here, the Supreme Court drew a distinction between third-party liability policies where it agreed “no voluntary payment” provisions were enforceable without a need to prove prejudice and first-party policies where it concluded the notice-prejudice doctrine applied. The court reasoned the insurer’s right to control the defense and settlement of claims is paramount in third-party claims, so breaches of the consent clause are inherently prejudicial, but in the first-party context requiring proof of prejudice before denying coverage is appropriate because the failure to obtain advance consent is not inherently prejudicial unlike the situation in third-party claims.
What does this mean for insurers in their day to day operations? First, having a contractual choice of law clause that selects favorable, or at least predictable, law is not a panacea because if the different California law reflects a fundamental public policy in California, the choice of law clause may be disregarded. Second, in a first-party context (and the policy issued to Pitzer is somewhat unusual in that, at least from the policyholder’s perspective, it provided coverage for the voluntary remediation of the policyholder’s own property), the courts will expect some actual, not theoretical, harm, from the failure to give advance notice and obtain consent for expenditures.