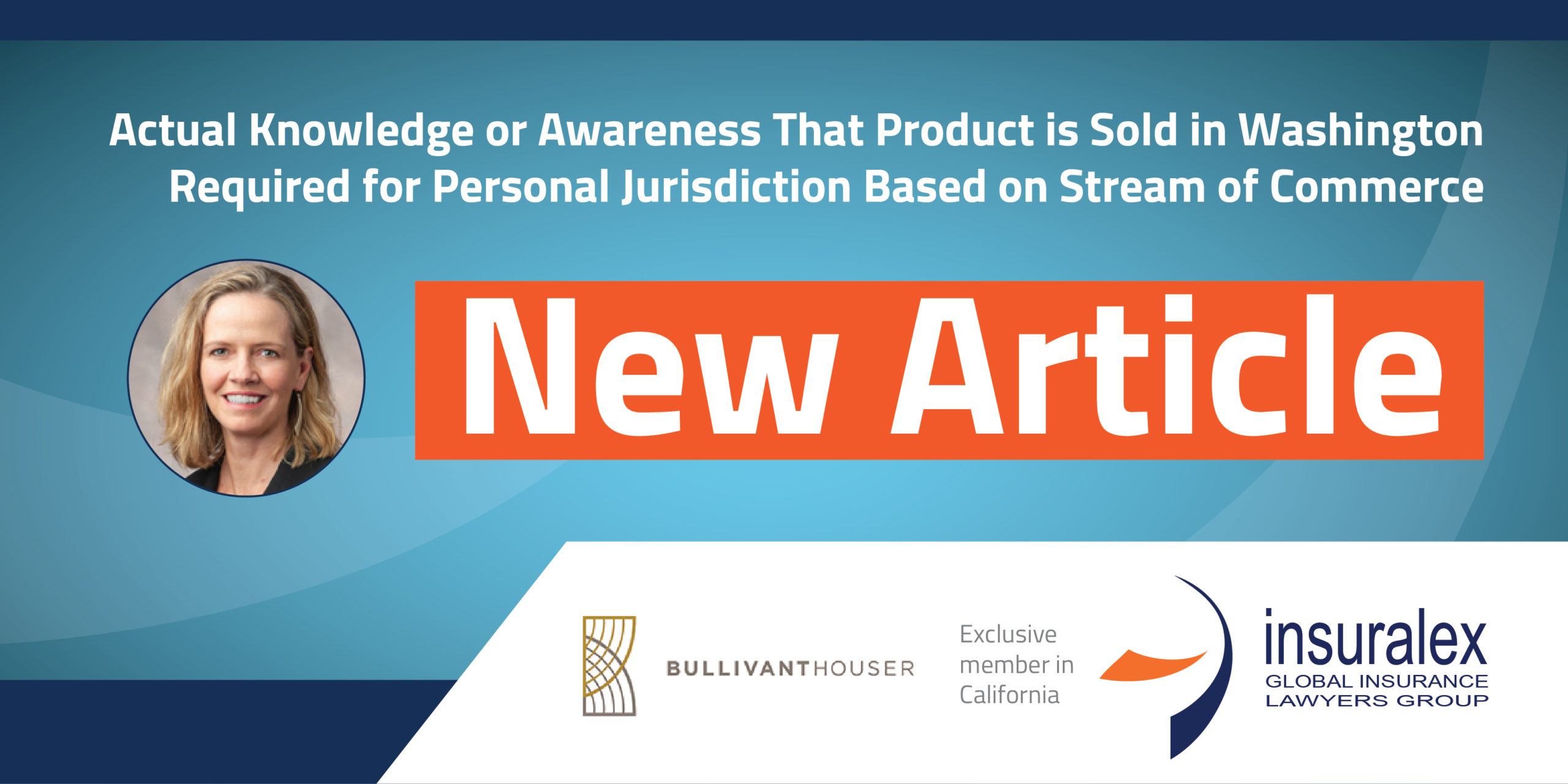 On July 13, 2020, the Washington court of appeals issued the third in a trilogy of decisions regarding whether a showing of actual knowledge or awareness that a product is sold in Washington is necessary to support personal jurisdiction in stream-of-commerce cases. In Noll v. American Biltrite, Inc., Case No. No. 77888-9-I, 2020 WL 3960362 (Wash. Ct. App. July 13, 2020) (designated unpublished) (“Noll III“), the court held that a showing of actual knowledge or awareness is required and, in that case, the showing was made by circumstantial evidence. This is important for component part manufacturers and other national product liability defendants who face claims in Washington.

These cases originated when the Washington trial court dismissed the plaintiff’s asbestos claims against Special Electric Company, Inc. based on a lack of personal jurisdiction. Special Electric supplied asbestos to CertainTeed Corporation in California that was incorporated by CertainTeed into an asbestos-cement pipe that CertainTeed then shipped to Washington, among other places. Plaintiff appealed and the case ultimately reached the Washington Supreme Court. See Noll v. American Biltrite Inc., 188 Wn.2d 403, 416, 395 P.3d 1021 (2017) (“Noll I“). The Supreme Court remanded to the trial court to reconsider its ruling in light of the then-recent decision in State v. LG Electronics, Inc., 186 Wn.2d 169, 375 P.3d 1035 (2016). The Supreme Court in Noll I concluded that the plaintiff had not alleged sufficient facts to support personal jurisdiction. Plaintiff had failed to allege any action taken by Special Electric to purposely avail itself of the benefits and protections of Washington. The Court declined to decide whether actual knowledge or awareness is necessary in stream-of-commerce cases.

Plaintiff submitted additional documentary evidence in the trial court on a motion to establish specific jurisdiction. The trial court again declined to find personal jurisdiction, but it failed to enter findings of fact or conclusions of law; it simply entered an order stating the evidence was insufficient. Plaintiff again appealed. See Noll v. Special Elec. Co., 9 Wn. App. 2d 317, 444 P.3d 33 (2019) (“Noll II“). The Court noted that “the subject of specific jurisdiction is not well-settled law” and that there was “significant disagreement” among the courts about how to test evidence. The court of appeals remanded for the trial court to make specific factual findings in support of its ruling that were focused on Special Electric’s U.S. asbestos market share, its intent for its asbestos to be sold across the U.S. and in Washington, the volume of CertainTeed pipe containing its asbestos sold in Washington, and Special Electric’s knowledge of CertainTeed’s sale of asbestos-cement pipe in Washington.

The original judge retired before the second remand and a new judge considered the findings de novo rather than itemizing the facts that supported the original judge’s ruling. The new trial court made extensive findings of fact, concluding that Special Electric was an “active and significant participant in the overall United States markets for asbestos and sought to stay well-informed of and involved in the markets for asbestos. ” The court found evidence to support that Special Electric intended for its asbestos to be incorporated into products sold across the United States, including in Washington, and that a substantial volume of CertainTeed asbestos-cement pipe containing Special Electric’s asbestos was sold into Washington as part of the regular flow of commerce. It found that Special Electric knew and should have known that CertainTeed sold asbestos-cement pipe in Washington.

The court of appeals in the recent Noll III decision deferred to the new trial court’s factual findings and limited its review to determining whether the findings supported the exercise of specific personal jurisdiction over Special Electric. The court of appeals held that haling Special Electric into a Washington court did not violate Special Electric’s due process rights because Special Electric had “fair warning that a particular activity may subject [it] to the jurisdiction of a foreign sovereign.” The court looked to LG Electronics for the proposition that a foreign manufacturer or distributor does not purposefully avail itself of a forum when the unilateral act of a consumer or other third party brings the product into the forum state, but that purposeful availment may be established when that entity “seeks to serve the forum state’s market and places goods into the stream of commerce with the intent that they will be purchased by that state’s consumers.” It reiterated existing law that mere foreseeability that a product may end up in the forum state is not sufficient; “the defendants’ conduct and connection with the state must be such that it should reasonably anticipate being haled into court there.”

The court of appeals expressly held that actual awareness is required in stream-of-commerce cases. It found the requirement met in Noll III by “substantial circumstantial evidence” that Special Electric knew CertainTeed sold asbestos-cement pipe nationwide, including in Washington. The Court further found that Special Electric understood the asbestos-cement pipe industry sold products containing its asbestos nationwide and that Washington was a target for the industry. There was a regular flow of Special Electric asbestos into Washington that “was not the result of chance of the random acts of third parties, but a fundamental attribute of [the] business.”

There is a dissenting opinion based on the deference to the replacement trial court’s findings. It concurred that a showing of actual awareness is required in stream-of-commerce cases and dissented because its independent review of the evidence did not support a finding of actual awareness as to Special Electric. 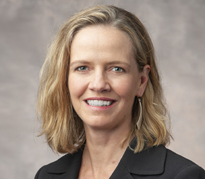