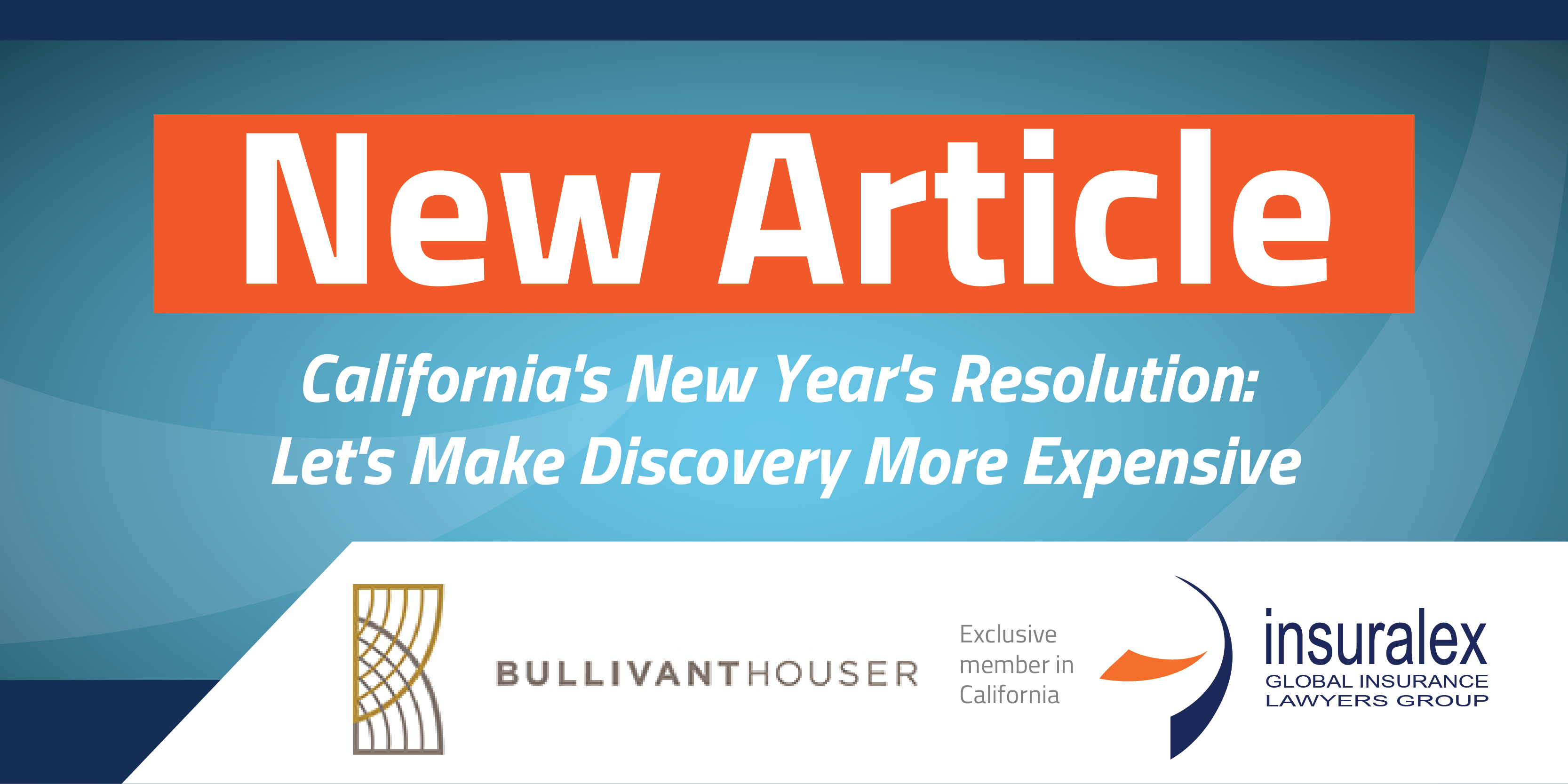 The produce as the documents are kept option just disappeared, absent agreement of the parties, as a consequence of an amendment to Code of Civil Procedure § 2031.280 which went into force on January 1, 2020. This means in state court producing parties, typically corporate defendants, will now have to assign every document produced to one or more of the requesting party’s document requests. That will add significant time and expense to the process of document production, particularly where there are thousands of documents being produced.
Ironically, the stated purpose of the amendment was to reduce litigation costs. The legislation was co-sponsored by the Consumer Attorneys of California, the plaintiff’s bar advocacy organization, and California Defense Counsel, the advocacy organization for the Association of Defense Counsel of Northern California and Nevada, and the Association of Southern California Defense Counsel. The focus was not on the party producing the documents, but on the party who requested and received the documents on the theory that requiring documents to be identified to the corresponding requests would make it easier and less expensive for the receiving party to locate and identify the documents it wants to see.
This is more than cost-shifting. With modern electronic document review software, a receiving party could, via full-text word searching, find the relevant documents at a lower cost than the producing party will spend cross-referencing every document to a production category. For corporate parties, particularly those being sued by individuals or small businesses, there already is an asymmetrical burden associated with document production. Starting this year, that burden just became more asymmetrical and more expensive for corporate parties.
If there is good news, the legislature didn’t say how the producing party needed to identify the documents, nor did it say anything about bates numbering. So long as the cross-reference data is provided in some reasonably understandable form, be it a watermark/supplemental bates number, a log cross-referencing bates numbers to categories, or metadata in electronic production, the statutory requirements ought to be satisfied. Unfortunately, all that additional categorization will increase the review time required for each document production. That means document production just got more expensive in the California state courts.