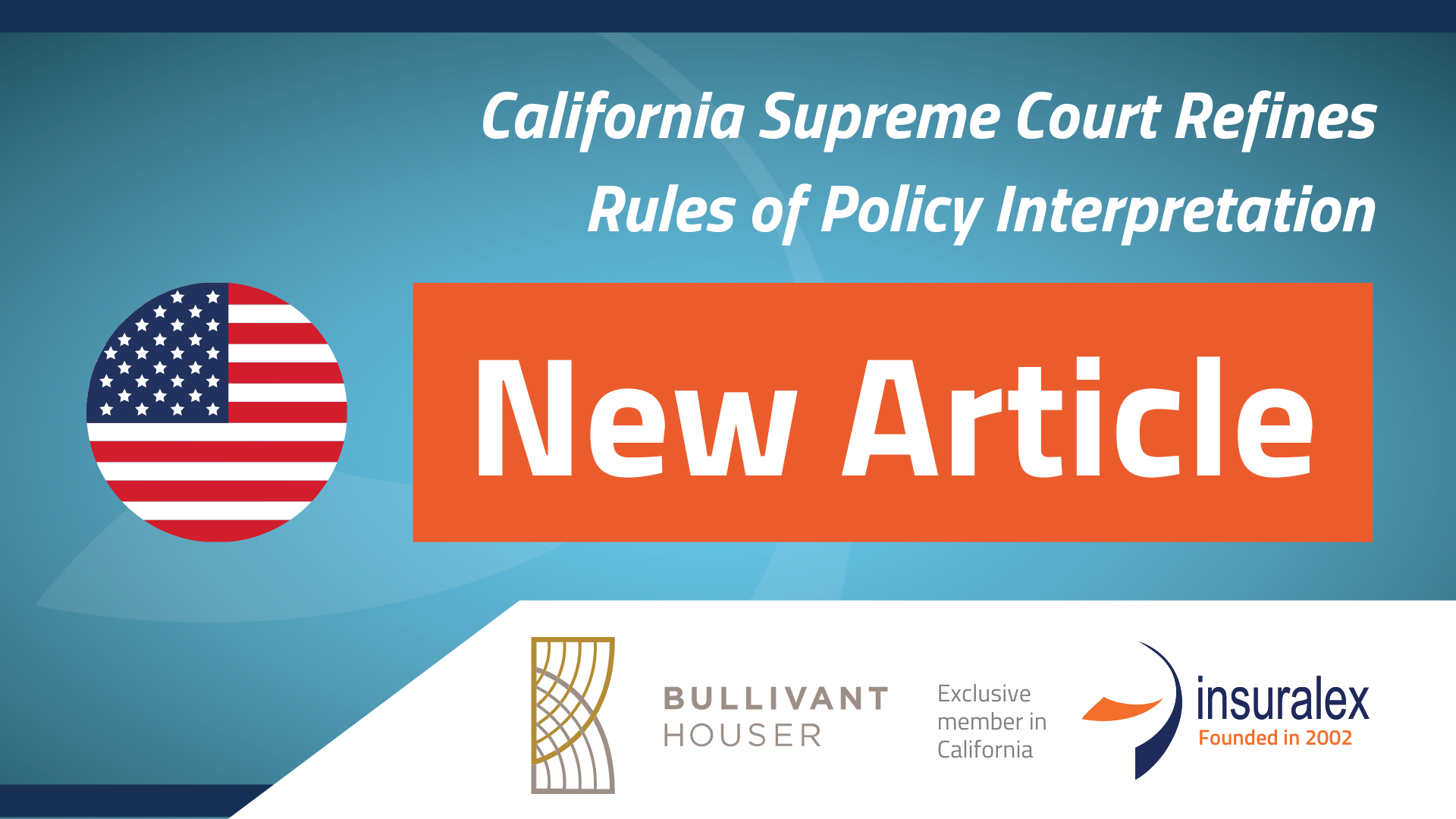 Last week the California Supreme Court issued its long-awaited decision in Yahoo, Inc. v. National Union Fire Ins. Co. of Pittsburgh, Pa. While the immediate issue before the court was whether there was coverage under a non-standard policy provision for invasions of the seclusion prong of the right of privacy based upon Telephone Consumer Protection Act (TCPA) violations, the long term implications of the case will flow from how the court interpreted the policy language.

National Union issued a General Liability policy to Yahoo! which had been endorsed to remove the TCPA exclusion, as well as to remove any coverage for advertising injury, leaving personal injury coverage, including for invasion of the right of privacy, intact. The Supreme Court ultimately concluded invasion of the right of seclusion claims could be covered under the policy as written if that coverage was consistent with the policyholder’s objective reasonable expectations. What matters for future cases is how the court reached that result.

In a discussion sure to interest English teachers everywhere, the Supreme Court explained the phrase “arising out of oral or written publication, in any manner, of material that violates a person’s right of privacy” contained a restrictive relative clause “that violates a person’s right of privacy.” The question then was whether that clause modified only the word “material” in which case it would not apply to right of seclusion claims, or whether it applied to the entire phrase. Because it was unclear to the court what the restrictive relative clause modified, the court concluded the coverage provision was “facially ambiguous.” The court also held the trial court’s use of the last antecedent rule (under which a modifier following a list of items is interpreted to modify only the last item in the list) did not resolve the ambiguity.

The Supreme Court did not stop at that point. It then attempted to apply the standard rules of contract interpretation to resolve the potential ambiguity. It observed that the mere presence of multiple meanings did not create an ambiguity. It also looked for an interpretation that did not render any of the words in the policy redundant. After concluding the application of those rules did not eliminate the ambiguity, the court did not jump to interpret the clause adversely to the drafting party. Rather, it followed existing, if sometimes ignored, California law that first the court should attempt to determine whether one of the interpretations is consistent with the policyholder’s objectively reasonable expectations, and only if that process does not resolve the ambiguity, is the language interpreted against the drafting party.

The opinion contains a number of nuggets likely to be cited in the future by both policyholder and insurer counsel. For example, the court acknowledged that negotiated manuscript language may not necessarily be interpreted adversely to the insurer, but noted the manuscript language here was copied from other insurance industry forms, so if necessary the language would be interpreted adversely to the insurer.

Because the policy at issue contained non-standard provisions, the fact the court found that TCPA violations might be covered probably is the least important part of the holding in the long run. Like AIU v. Superior Court and Bank of the West v. Superior Court over 30 years ago, the long-term implications of this case are more likely to be on how courts interpret policy language.