The meeting opens on Friday November 27th at 9.00 a.m. at the Carlton Ambassador Hotel at The Hague.

1 . Introduction of the new Members : United Kingdom and Ireland.

3 . ARC Canada presented its new London event, beginning of November 2010. Alessandro urges Members to join the future ARC event, which would take place in London; BILG should logistically support such an event, in order to double the attendance with our respective clients and for the mutual benefit of both organisations.

4 . AGM opening : Vice-Chairman’s introduction The Vice-Chairman explains the absence of Amélia because of health problems, but confirms her intention to terminate her office at the next AGM meeting in Stockholm, with the support of the Executive Committee. The Members do agree.

1) the Greek firm, PD Law Offices. The firm still must justify to the Board its professional insurance coverage, and its future project about the creation of a new structure in Bulgaria. In order to avoid any interference with the new Bulgarian Member, the Greek candidate shall contact the Bulgarian Member and discuss possible issues, like possible collaboration. Vahit shall act as an intermediary; Isabelle shall follow the discussion. Once all the issues are resolved, the vote for the admittance shall occur, possibly at the incoming Stockholm AGM.

2) the Bulgarian firm DIACO,SULT shall be officially introduced at the next AGM meeting in Stockholm.

3) a Polish firm and a Czech firm, introduced by Hubert and our partner QBE. The Board shall approach them and submit the questionnaire.

4) the South-American market; Alessandro emphasizes the urge to market this region, regarding the new development of Harmonie which is building a competitive network. Harmonie is strongly represented in South-American countries already; Brazil is not representative enough to market a South-American representation of BILG. Alessandro reports about the acceleration of the building process of Harmonie in Europe, where BILG is yet the strongest; however, to be really competitive with Harmonie, BILG needs to provide a complete service all around the globe. Harmonie is now targeting Europe, with some difficulties. There is however a deadline : March/ April 2010, moment in which Harmonie should go public according their original plans. BILG shall consider expanding toward the Pacific as well.

5) the orth-American market; Alessandro circulates the last mails of Micheal CO,ELLY, about the creation off ARC America, in which he elaborates a project for a future prompts numerous candidates to withdraw. Scott ,EWMA,D is now busy trying to consolidate the project.

Alessandro suggests that, in the meantime, the remaining firms might temporarily join BILG or/ ARC Canada, that there would be already a structure, and, once settled, they should spin off.

The support of BILG in this process would be a good opportunity for the Group. Bill PERRY and Emmanuelle LUTFALLA, who know Michael CO,ELLY as IADC Members, shall help, as well as Suzanna ,ORELID and ARC Canada, supporting and launching the US project.

6 . Discussion about the name of the Group

Bill and Margaret point out that “BILG” for English native speaker is not very adequate, reminding too much about “bilge”, with a pejorative connotation. It might be appropriate for the Group to reconsider its name, especially in a context of strong competition.

This issue shall be discussed among Members, and some proposals shall be circulated. Detlev suggests appointing a professional to study new names. A committee shall be appointed, with Hubert and Margaret, with their agreement.

7 . Feedback from Members about the seminar

Sweden : good feeling about the seminar; however, BILG shall consider to be even more professional with some important details, such as :

– the quality of the topics

Austria : good topic with the Green Card, but the timing should be more tight and strict. VAG presentation was not of quality. Would like more social events. The audience is clearly not prepared to oral questions; why not making “written” questions to be asked at the end of the seminar ?

Turkey : the Power point presentation of BILG should be improved.

Germany : good feeling about the seminar; maybe appropriate to appoint a “key-speaker” in order to attract more audience.

Ireland : extremely impressed with the quality of the presentations; but BILG should define a clear purpose ; educating ? attracting ? The most interesting aspect of a seminar : providing the practical experience of the Members about specific matters.

Spain : the dinner with clients and speakers was a success, even if there were not so many guests. However, Members do not go enough to meet the attendants. Members should as well circulate more contacts for the need of the events; still too insufficient.

Greek candidate : seminars are less successful in Greece than social events; local specificities should be respected.

ARC Canada : importance of respecting the timing, and being quick and efficient.

8 . General consensus that the seminar was of good quality and interesting.

Enrique states that there will be soon a guide-lines for organising the seminar and the events. The quality of BILG events shall be improved; minimum requirements shall be established. There is a need for BILG to explore new ways of communication through events; the Board shall circulate proposals about this issue for further discussion.

Suzanna thinks that the local host should be entitled to decide according its local use and market when organising a local event. As for an example, in Sweden, there are too many seminars of very good quality already. Vahit and Bertjan agree.

Alessandro emphasizes that topics should be carefully chosen; he quotes the events organised by IADC, with a dozen of experts, answering shortly some specific questions. The interest of such events is creating and reinforcing contacts with clientele.

Bertjan explains the particular context of this event and the important difficulties of his cooperation with VAG. VAG did not cooperate as expected and had little or no involvement, even if they were supposed being co-sponsor.

Alessandro suggests that BILG raises complaints to VAG about it; BILG has been running after time and problems. He makes the link with a more internal problem : the cooperation of Members for projects; he quote as an example his request for the “mass litigation” participation, for which he got only 5 answers.

Enrique suggests to establish a common list of clients, in order to centralise the information for the use of the marketing. Some members are not in favour : first, because of the European Privacy Act, the authorisation of the clients shall be necessary; secondly, the list shall have to be registered as database.

Alessandro is against such a list, because of possible misuse of the information for personal purposes; he does not see the interest of such a list if the Members do really cooperate.

Hubert thinks that the communication of the companies names is enough.

9 . Sweden presentation for the next seminar

The seminar shall take place on May 6th/7th because of the royal events of June. There shall be a Thursday seminar with a cocktail ? The issue is still opened. Maybe a dinner with guests ? Suzanna urges the Members to make their hotel reservation as early as possible, because of the events of June.

Rio de Janeiro maybe is not yet an appropriate choice, since it is the only South-American Member; it would be better to wait to have some new members before organising any event there.

Bill suggests London for the next mid-term meeting in October 2010, maybe together with ARC and he has anticipated CPB probability to hold a party here on 25 February. Invitations will go out to over 500 of our London (and a very few carefully chosen international) clients and contacts. We have no real idea what the take-up rate will be – we suspect it will be between 150 and 350 people, all of whom will be players of one kind or another in the London Market-. BILG Members, if interested, will be more than welcomed.

IADC : Suzanna joined recently the group; some other members should join and it could be helpful to help settling ARC America. Good contacts with Names partners, but somewhat expensive to be member of the group. Emmanuelle emphasizes the opportunity offered by IADC, which would be a very good support for contracting new law firms; all members are top notch lawyers in insurance.

GENERALI : the attempt to contract with GENERALI failed, because of their fees policy (ex. with German Member). However, the manager in charge at GENERALI shall be soon dismissed. Some new perspectives ?

VAG : round table about the present situation :

– Greece : VAG is not really present on the Greek market

– Germany : good contacts, but, still no referrals. VAG Germany has “in house” lawyers; however, they have made some promises.

– Luxemburg : no follow-up; VAG is not present on Luxemburg market

– Turkey : VAG have “in house” lawyers; moreover, the firm has competitors as client

– the Netherlands : still too little referrals, comparing to the promises of the deal

– UK : still too little referrals, comparing to the promises of the deal

– Ireland : there is an Irish representative; had already a contact and was promised some referrals already

– France : very good business relationship; has the exclusivity of the cases.

– Italy : friendly relationship with the management, but no instructions, apart two complex cases related to the sanctions against VAG for late payment of Motor Claims Since the deal seems not to be optimally applied, the Board shall take contact with Cees WERFF to discuss the issue.

It needs to be updated with the new Members; some complains about the information, which might be still too succinct. Margaret thinks that the website is much more important than brochures in terms of marketing; brochures are not read.

Suzanna suggests brief booklet, which are handier. In the meantime, before any further discussion, new lose sheets shall be made for the new Members; the Board shall investigate for booklet price.

They shall be soon circulated and filled in quickly.

Germany wonders about the philosophy of such a proposal: the need of a permanent presence to market London and to create a synergy, in order to compete with Harmony; the need to establish a channel with London as a basis, since it is the most important insurance market in Europe.

Bill emphasizes the need and the urge for BILG to boost its activities; he supports Laurence’s proposal.

Alessandro explains that being on the London market, since being on the panel might influence greatly local decisions. Members want to know more about the financial aspects of the proposal: the Board shall soon circulate the proper information. The proposal shall be discussed only then through e-mails.

Members also want to know about the choice of Laurence MUYLAERT; Alessandro explains that :

– she is easy going and can socialise easily

– well introduced already on the market because of her husband, Paul COWE,, head manager at QBE

– she can work part time

– she can make that Harmonie, which already works for QBE in US and Canada, do not become the group of reference for this insurer.

Some Members would like to compare the financial proposal with the one of an experienced professional.

15 . Report about QBE (by Alessandro)

BILG is now officially in the panel, but there is an issue about the fees policy of the Group members. QBE received contradictory information ; the table communicated by Alessandro seems to differ from the conditions once directly asked to local Members. Alessandro has been called out to clarify the issue and did it producing to both Paul Cowen and Julius Crosby the e-mails received from the Group Members.

BILG needs to clarify the issue of the real costs and fees, especially taking into account the translation costs. There shall be a new negotiation between Alessandro and the Head Manager of QBE. Information shall be again circulated among Members. Ireland mentions an existing local agreement with QBE.

The updated Constitution Act is circulated among Members for signature. 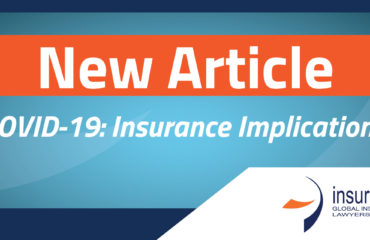