RASKIN, MCLANDRICH, AND POLLOCK NAMED TO 2017 "THE BEST LAWYERS IN AMERICA"© LIST 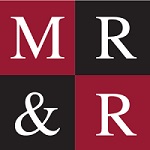 RASKIN, MCLANDRICH, AND POLLOCK NAMED TO 2017 “THE BEST LAWYERS IN AMERICA”© LIST

(Cleveland, OH – August 15, 2016) –
Mazanec, Raskin & Ryder Co., L.P.A. (MRR) is pleased to announce that three attorneys have been named to the 2017 Edition of Best Lawyers®, the oldest and most respected peer-reviewed publication in the legal profession. Lawyers on The Best Lawyers in America© list are divided by geographic region and practice areas. They are reviewed by their peers on the basis of professional expertise. 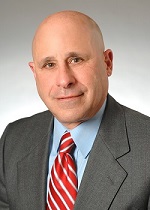 Todd Raskin is a founding partner of MRR and has tried more than 100 cases to conclusion in 35 years of private practice. His diverse practice focuses on civil rights and government liability defense, as well as the defense of both public and private employers. He has defended clients in state and federal courts throughout Ohio and surrounding states, including in the U.S. Court of Appeals for the Sixth Circuit and the Ohio Supreme Court. 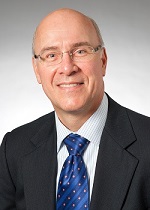 John McLandrich, MRR”s Chairman of the Board, has defended civil claims in federal and state courts throughout Ohio for more than 25 years. He has also served as lead counsel on over 100 public entity appeals before the U.S. Court of Appeals for the Sixth Circuit and the Ohio Supreme Court.
Both Todd and John have consistently been named Best Lawyers® for Civil Rights law, in addition to each being selected as “Lawyer of The Year” by Best Lawyers® for Civil Rights Law in Cleveland, Ohio—John in 2014 and Todd in both 2013 and 2017. 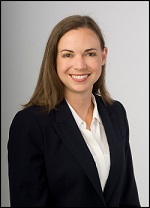 Stacy Pollock, is named a Best Lawyer® for her work in Education Law. She is a Certified Professional in Human Resources who represents and advises public and private employers in labor and workers” compensation matters, including schools and school administrators.

About Best Lawyers®
Since it was first published in 1983, Best Lawyers® has become universally regarded as the definitive guide to legal excellence. Best Lawyers lists are compiled based on an exhaustive peer-review evaluation. Over 79,000 leading attorneys globally are eligible to vote, and we have received more than 12 million votes to date on the legal abilities of other lawyers based on their specific practice areas around the world. For the 2016 Edition of The Best Lawyers in America©, 6.7 million votes were analyzed, which resulted in more than 55,000 leading lawyers being included in the new edition. Lawyers are not required or allowed to pay
This press release is informational only and should not be construed as legal advice. ©2014 Mazanec, Raskin & Ryder Co., L.P.A. All rights reserved. For more information, please contact MRR’s Marketing Manager at 440.424.0014.
a fee to be listed; therefore inclusion in Best Lawyers is considered a singular honor. Corporate Counsel magazine has called Best Lawyers “the most respected referral list of attorneys in practice.” For more information, visit bestlawyers.com.