GWB is excited to make you aware of two upcoming programs sponsored by the Federation of Defense and Corporate Counsel (FDCC) – the Litigation Management College and the LMC Graduate Program. These highly regarded programs are scheduled to take place in Atlanta on June 4-8 at Emory. They are designed for claim and litigation management professionals with 5 -15 years of claims or litigation management experience. Both are immersion style programs which give participants the opportunity to work in small groups and gain valuable hands on experience. For example, the deposition prep and mock deposition sections provide the rare opportunity for attendees to face cross-examination and post-deposition evaluation in a non-judgmental friendly environment. These programs also are designed to prepare the participant for those situations that they will regularly face in their day to day work. Consider sending one or more of your claims professionals to the LMC or the LMC Graduate Program – it”s not too late to register! Feel free to pass this information along to your colleagues. Below is information about the programs and the link to register.

Carl Van is one of the most highly sought-after keynote speakers and presenters at claims conferences in the U.S. and Canada. He will be presenting the Keynote Address on Time Management. exploring secrets to successful time management. 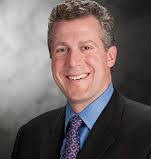 ABC”s Good Morning America anchor George Stephanopoulos has called Marty Latz “one of the most accomplished and persuasive negotiators I know.” Martin will speak to Gain the Edge of Negotiations and Negotiation Skills. These sessions will arm the attendees with negotiating strategies to help them succeed in all their negotiations.

Beginning with the South Carolina Supreme Court”s decision in Harleysville Group Ins. v. Heritage Communities, Inc., No. 2013-001281 (Jan. 11, 2017) addressing, primarily, insufficiencies in reservation of rights letters, 2017 has not been a particularly great year for insurers in South Carolina. Continuing that trend, a federal court in South Carolina recently held that an insurer”s communications with its attorneys and reinsurers (as well as reserve information) are relevant, not protected by privilege, and discoverable in bad faith actions. Below is a summary of this significant decision.

In Contravest, Federal District Judge David Norton addressed a discovery dispute in the context of bad faith litigation. Plaintiffs — the underlying insured and the underlying plaintiff — filed suit against Mt. Hawley Insurance Company (“Mt. Hawley”) for declaratory judgment, bad faith, breach of contract, and unjust enrichment based on Mt. Hawley”s refusal to provide benefits allegedly owed under certain excess insurance policies issued to Contravest Construction Company (“Contravest”). In the underlying litigation, the homeowners association sued Contravest for defective construction of a development known as Plantation Point in Beaufort County, South Carolina. Despite repeated demands from Contravest, Mt. Hawley refused to defend, indemnify or participate in the lawsuit. Contravest settled the underlying action and assigned its rights and claims against Mt. Hawley to the homeowners association.

In the bad faith action, Plaintiffs served their first set of requests for production, seeking Mt. Hawley”s file on Contravest”s claim for excess coverage in connection with the underlying action. Mt. Hawley produced the claim file in conjunction with a privilege log. In response to supplemental discovery requests seeking Mt. Hawley”s files on all of Contravest”s claims under the excess policies, Mt. Hawley produced the files, again in conjunction with corresponding privilege logs. Plaintiffs filed motions to compel the withheld material and sought additional document production. The magistrate judge issued a Report and Recommendation (R&R) and Mt. Hawley filed objections to the R&R. Thus, he matter was ripe for the court”s review.

In the R&R, the magistrate acknowledged that the City of Myrtle Beach approach seemingly makes it difficult for a defendant to avoid waiver, because any defendant insurer who opposes a bad faith claim is essentially compelled to assert its own good faith. Nonetheless, the magistrate concluded that, in an apparent recognition of the draconian nature of the per se waiver approach, the City of Myrtle Beach court attempted to curb this “virtual per se waiver of the privilege” by finding waiver was mandated only in matters where the plaintiff had presented a prima facie case of bad faith.

Having concluded the City of Myrtle Beach approach was appropriate, the court then addressed whether the plaintiffs had made a sufficient prima facie showing of bad faith to warrant waiver of the attorney-client privilege. The R&R concluded that the plaintiffs presented evidence that once Mt. Hawley realized the underlying policies were nearing exhaustion, it essentially changed its coverage position in an effort to avoid coverage. [1]

In any event, the court concluded that the City of Myrtle Beach decision rejected the per se waiver approach. It then stated:

However, if City of Myrtle Beach is applied without a prima facie showing requirement, the defendant-insurer waives the attorney-client privilege the moment it contests the plaintiff”s allegations of bad faith. For most cases, this has the same effect as a per se waiver. . . . If the City of Myrtle Beach court”s rejection of the per se waiver rule has any meaning, that decision must be read to require a prima facie showing of bad faith before the at-issue waiver can be applied.

The court next addressed Mt. Hawley”s challenge to the magistrate”s finding that its communication with its reinsurers were relevant and discoverable. The court adopted the reasoning outlined in the R&R, and held that communications with reinsurers were relevant to explain why Mt. Hawley allegedly changed coverage positions as timed passed and communications with reinsurers on other claims were relevant to the insurer”s good faith to the extent that the insurer explained its reasoning for granting or denying portions of Plaintiffs” claims or otherwise described or explained its handling of Plaintiffs” claims. The court explained that in light of Plaintiffs” allegations, it was useful to know how Mt. Hawley handled prior claims made under the same policies.

With respect to the magistrate”s rulings, Mt. Hawley continuously argued that the magistrate erred in ruling prior to conducting an in camera review of the documents at issue. However, the court rejected this argument, noting that the burden of proof is on the defendant to prove that the material sought is not discoverable, and there is no requirement that the court must independently confirm the relevancy of each piece of discovery material.

This decision evidences further erosion of the attorney-client privilege and expansion of discovery in the context of bad faith litigation. While some solace can be taken in the court”s refusal to apply a per se waiver of the attorney-client privilege, the prima facie requirement is not a particularly high hurdle to clear. Moving forward, insurers should anticipate that their attorney-client communications, reinsurer communications and reserve information are potentially discoverable in any bad faith action. With this in mind, insurers (and their coverage counsel) should operate under the assumption that their files will be viewed by a potential plaintiff in a bad faith action and document them accordingly.

[1] By way of background, the coverage dispute in the litigation was whether “vertical” or “horizontal” exhaustion applies when determining whether excess coverage is available in the progressive injury context over multiple policy periods. Plaintiffs argued that exhaustion should be determined vertically, meaning that an excess policy is triggered when the underlying policies in effect during the excess insurer”s time on the risk are exhausted. Mt. Hawley advocated horizontal exhaustion, requiring exhaustion of all primary coverage policies triggered, even if those policies were not in effect during an excess carrier”s time on the risk.